Please ensure Javascript is enabled for purposes of website accessibility
Log In Help Join The Motley Fool
Free Article Join Over 1 Million Premium Members And Get More In-Depth Stock Guidance and Research
By Taylor Carmichael – Aug 14, 2021 at 5:39AM

Alzheimer's research has been hampered by apparently mistaken ideas about what causes the disease. Cassava has a new theory about what's responsible -- and its drug is showing positive results.

Cassava Sciences (SAVA -1.52%) is like any other unprofitable biotech -- it has a drug in clinical trials, and its investors are hoping the drug works so they can make a lot of money. What makes Cassava really interesting is that it's zigging where Big Pharma is zagging regarding Alzheimer's research. This field has a huge market opportunity, maybe worth $100 billion or more for a working drug.

For years, Alzheimer's research has been dominated by one theory, which I'm convinced is the wrong direction. Cassava has a completely different theory about the cause of Alzheimer's -- and the company has positive phase 2 data on a drug it formulated to address it.

That's gotten me excited about Cassava. But first, let's dig into why Alzheimer's research has been stuck for so long. 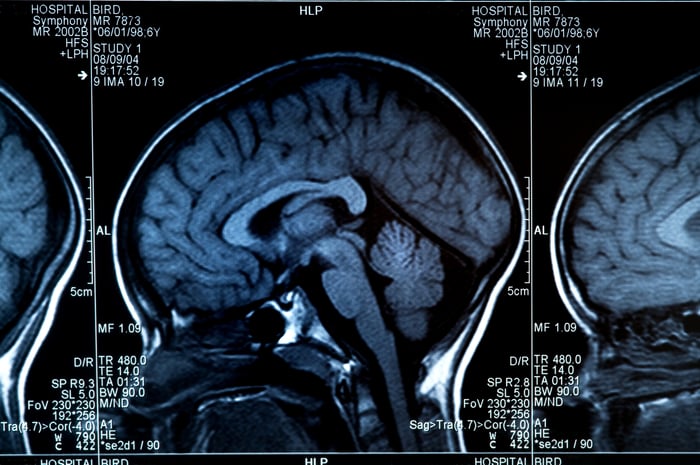 Big Pharma has focused on the wrong theory

Alzheimer's research has been a graveyard for Big Pharma for decades. By one count, there have been 130 failed drug development attempts since 1998. Almost all of this research has been based on a shaky premise -- that amyloid plaques are the cause of Alzheimer's. And treatments developed on the basis of a weak theory are unlikely to succeed.

This history of Alzheimer's treatment failure (over two decades) took a startling new turn this year. The U.S. Food and Drug Administration recently approved a new Alzheimer's drug, Aduhelm, from Biogen (BIIB -4.12%). The drug showed no efficacy in actually treating Alzheimer's, which is not surprising given that it focuses on amyloid plaques. But what shocked the world -- and the doctors on the advisory panel -- was that the FDA approved the drug anyway.

What is going on with the FDA?

Aduhelm failed to beat placebo. The drug successfully removed amyloid plaques -- but doing so did not help Alzheimer's patients get better. This is  why the FDA's advisory panel, made up of medical doctors, voted almost unanimously to reject the drug application. (One person voted "uncertain.") Not only does Biogen's drug fail to beat placebo, it also causes brain bleeding in some patients. When some politicians in the FDA decided to approve Aduhelm anyway, three of the doctors on the advisory panel quit in disgust.

There's more: Biogen is planning on charging Medicare $56,000 per patient for a drug that doesn't really work and might actually hurt the patient. And the ultimate price might be even higher.

Why would the FDA approve a drug that's no better than placebo and might cause brain bleeds? My initial reaction was that something sketchy is going on. It definitely looks bad enough that the acting commissioner of the FDA is calling for an investigation into her own agency.

That said, maybe it's just a mistake. People make mistakes. And this might be a strong example of smart people falling in love with a narrative, and ignoring reality.

The narrative is that we need to get rid of those amyloid plaques. What if we quit going down that particular rabbit hole, and look at other things that might cause Alzheimer's? Maybe we'll find a drug that actually works.

Alzheimer's is a huge market opportunity, which is why Big Pharma has chased it for so long. My investment thesis is that biotech companies that have abandoned the amyloid plaque theory have a much better chance of success.

Two names that popped up on my radar, thanks to my colleague Jason Hawthorne, are Cassava Sciences and Annovis Bio (ANVS -1.34%). Cassava researchers noticed that Alzheimer's patients have a mutated protein called filamin A. So they designed a drug that fixes this mutation, and restores its proper form and function. The drug's phase 2 data is really strong, so my family bought some shares of the company.

I considered investing in Annovis, too. Annovis has a drug candidate that targets multiple proteins, including amyloid proteins. The company claims that its drug works on Parkinson's as well as Alzheimer's -- but it's only been tested in four people. While the phase 2 trial is larger (69 people), 54 people in the study have Parkinson's, not Alzheimer's. An early data release, which sent the stock down in a big way, only involved 14 people.

The main problem with Annovis is that the company only has $49 million on the books. That's not enough cash for a phase 3 trial. The hope, of course, is that the stock goes up enough that the company can sell shares and fund pivotal trials. Without money, the drug is stalled.

By the end of 2024, we expect to have conducted two pivotal studies for ANVS401, one in [Alzheimer's disease in patients with Down syndrome] and one in [Parkinson's disease], and to have filed one or two new drug applications ("NDA") with the U.S. Food and Drug Administration ("FDA").

Annovis' optimistic scenario is that it will have the cash to finish its phase 3 trials in 2024. But Alzheimer's in people with Down's is a tiny market opportunity. Right now, the company has no plan for a phase 3 trial in Alzheimer's patients (aside from the Down's cohort). And it has no money for such a trial, in any case.

Cassava, in sharp contrast, is starting its phase 3 trial in Alzheimer's patients later this year. While the company is small, its science has been partially funded by the National Institutes of Health. And so far, the stock has been a wild ride for early investors.

If you want to buy shares of a company seeking a treatment for Alzheimer's -- potentially a $100 billion market opportunity -- and you want to avoid the amyloid-plaque debacle, Cassava seems like a strong candidate.

The company's drug could still fail, of course. Even if Cassava is pursuing the right theory -- always a question mark -- its execution might be off. But the way investors avoid too much pain is by making a small investment. If the pivotal trial later this year is successful, the upside is huge. And if the drug disappoints, your downside is limited.