"Garbage coins," "Ponzi schemes," and "fraud" -- one federal official has some choice words and warnings for cryptocurrency investors. 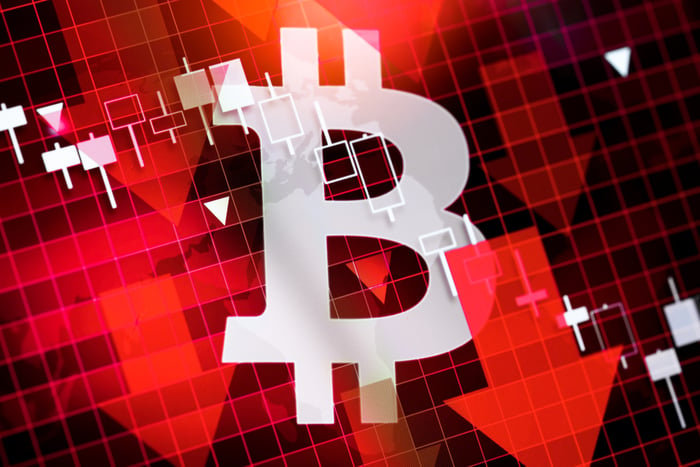 Today's headlines contain a couple of notes that may be worrying cryptocurrency investors. On the one hand, Minneapolis Federal Reserve president Neel Kashkari just went on record at the Pacific Northwest Economic Regional Annual Summit in Big Sky, Montana, blasting the entire cryptocurrency industry as "95% fraud, hype, noise, and confusion." He proceeded to label cryptocurrencies "garbage coins" and "Ponzi schemes," and warned investors that cryptocurrencies aim to "dupe people into investing money and then the founders rip them off."

(Geez, Mr. Kashkari! Don't sugarcoat it. Tell us what you really think!)

Perhaps worse, says the regional Federal Reserve head, "I've not seen any use case [for Bitcoin and similar cryptocurrencies] other than funding illicit activities like drugs and prostitution." And if you think comments like this one might attract the attention of federal law enforcers, you're right.

As Politico reported yesterday: "Federal regulators are pursuing cryptocurrency start-ups in court. ... Over the past month alone, the Securities and Exchange Commission, the Commodity Futures Trading Commission and the Treasury Department announced more than $120 million in penalties aimed at digital currency exchanges and other service providers that officials said weren't complying with federal markets regulations and anti-money-laundering requirements."

Nor is the action restricted to the federal level, with Politico pointing out that "several states also escalated their own crypto enforcement crackdowns this summer."

Now, investors might be inclined to dismiss Kashkari's comments as the disgruntled ravings of a dollar-focused bureaucrat who doesn't possess the powers of, say, the SEC, to unilaterally impose regulations on virtual currencies. The rising tide of enforcement actions at both the federal and state levels, however, suggests that the government really is concerned about abuses in the cryptocurrency industry, and beginning to take action to rein them in.

Consider, too, SEC Chair Gary Gensler's comments -- who does have enforcement powers -- blasting the crypto industry for its "fraud, scams, and abuse" earlier this month. That language was eerily similar to the sentiments Kashkari voiced yesterday, suggesting there is a consensus forming in government that the crypto industry requires regulation.

If that makes cryptocurrency investors just a wee bit nervous this morning, I can't say I blame them.

Could Bitcoin Help You Retire Early?
349%