Please ensure Javascript is enabled for purposes of website accessibility
Log In Help Join The Motley Fool
Free Article Join Over 1 Million Premium Members And Get More In-Depth Stock Guidance and Research
By Taylor Carmichael – Aug 27, 2021 at 10:40AM

Over the last few years, three tiny biotechs emerged out of nowhere to give amazing returns to early investors. Which biotech might pull off a similar feat in 2022?

In 2019, tiny Axsome Therapeutics (AXSM 1.07%) emerged from micro-cap obscurity to become the best-performing stock in the market, rising by an amazing 3,600% in a year. In 2020, another tiny biotech, Novavax (NVAX -2.88%), came out of nowhere to stomp the stock market, with its share price skyrocketing by 2,700%. For most of 2021, yet another small biotech has been the top-performing stock in the market, as Cassava Sciences (SAVA 3.81%) jumped from under $7 a share in January to $123 a share on Aug. 24. (Whether it will keep its lead is another question, as the volatility is savage -- the stock is down to $52 as of Friday morning after news of a citizen petition against the company.)

What's fascinating about the biotech sector in particular is how fast it moves. The sector is notorious for amazing price swings -- in either direction -- that can happen overnight. So why is that? Why are biotech stocks in particular so volatile? Why do they keep leading the market every year? And what biotech stock might -- repeat, might -- pull off this feat next year? Let's analyze why Axsome, Novavax, and Cassava zoomed higher over the last few years, and why I think Pieris Pharmaceutical (PIRS) has a chance at a similar remarkable performance in 2022. 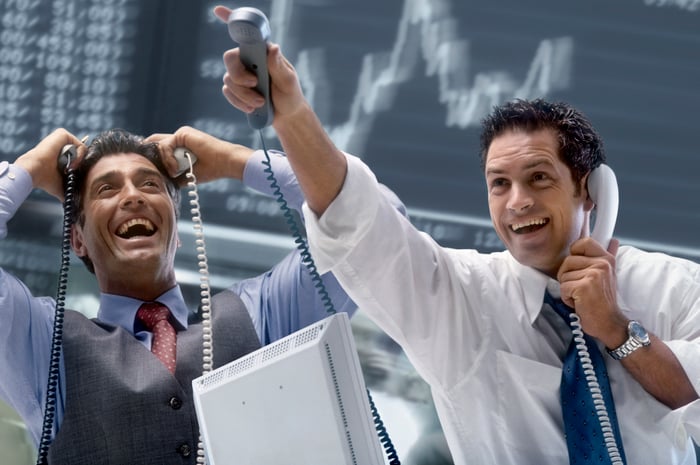 The main reason these stocks were able to soar so impressively is that all three started with very tiny market caps. At the end of 2018, Axsome Therapeutics had a micro-cap valuation of $85 million. In 2019, Novavax stock fell to below $1, and the company had to do a 1-for-20 reverse split in order to keep its shares listed on the Nasdaq. And at the beginning of 2020, Cassava had barely achieved small-cap status, with its market cap hovering at $240 million.

So all three barn-burning stocks started off unloved by the market. Why does a biotech stock get so cheap? Probably the most common reason is the market believes the company's science is bad. Novavax, for instance, had a notable failure in its quest for a respiratory syncytial virus (RSV) vaccine. This clinical trial failure sent investors to the exits and sent the stock down into a crater in 2019, when it plunged to $4 a share (or $0.20 pre-split).

In 2019, Novavax had the label of "bad science," but the data for a different drug said otherwise. Sometimes companies with tiny market caps actually have compelling drugs that are performing exceptionally well in clinical trials. If you find such a company, you might want to buy some shares.

Is there enough money for a phase 3 trial?

That said, it's not enough just to have good science. Nobody is allowed to market their drugs to the public until that science has been validated in clinical trials and approved by the U.S. Food and Drug Administration -- and clinical trials cost a huge amount of money. Thus, before investing, it's important to determine whether the biotech has enough cash for a phase 3 trial. If the answer is "no," the drug is stalled and won't go anywhere.

Many unprofitable biotech companies finesse the money issue by collaborating with Big Pharma. When you see such a collaboration, you can have faith that there's enough cash for a phase 3 trial. However, these arrangements also often mean that the bigger pharmaceutical company acquires the rights to the molecule. And that can be like like selling off your future in order to pay the bills today.

Interestingly, neither Axsome nor Novavax nor Cassava have an active collaboration with any big-pharma leaders. Instead, all three of these companies have elected to own 100% of the rights to their lead molecules. While the median expense for a phase 3 trial is $19 million, the numbers can vary dramatically, depending on how large the patient population is. I'd be nervous if a biotech had less than $100 million in cash (each of these has more). There's no question this independent approach is riskier, but also potentially a lot more rewarding.

Biotech investors often like to see collaboration with Big Pharma -- it's a validation of the science, and it removes a lot of financial worries for small companies. But if you're chasing big rewards, you might want to look at biotech companies that are still independent (and have enough cash to stay that way).

Pieris stock is very cheap right now, with a $291 million valuation. (You know a stock is cheap when it could have a 10-bagger and still qualify as a small-cap!) Is the stock so cheap because its science is bad?

It would probably be more accurate to say that Pieris' science is unproven. Like many unprofitable biotechs, Pieris doesn't have a drug in phase 3 trials yet. In fact, we're still waiting on positive phase 2 data. So it's early, and that's a danger sign. The reason Axsome, Novavax, and Cassava all skyrocketed is that all three companies made the journey from unproven drug to pivotal trials very quickly. Pieris is a few years away.

Another major difference is that Pieris has signed multiple collaborative deals -- with Roche, AstraZeneca, and Seagen, among others. In one sense that's good news, because it means that money for clinical trials isn't an issue for the company. Any drugs that work will make it to phase 3 trials and beyond. And all this collaboration adds confidence that the company is on the right track.

Is Pieris sacrificing its future to pay for its present? In my opinion, no. While AstraZeneca now has rights to the company's asthma drug (its lead molecule), what makes Pieris such an exciting stock is not one particular drug, but the company's entire platform. Pieris owns the rights to all the Anticalin proteins, and its library contains more than 100 billion of these new molecules. Anticalins are much smaller than antibodies, and as such can go where antibodies cannot. AstraZeneca paid big bucks for the rights to Pieris' asthma drug because that Anticalin molecule is small enough to go directly to the lung.

I love the risk/reward equation for Pieris. If the company's drugs actually work -- we'll have data in that regard next year -- the stock will shoot much higher. Under its existing collaboration agreements, Pieris might make up to $9 billion if its Anticalin drugs reach certain milestones. But what will really make the stock take off is if/when other pharmaceutical players start making deals to add some of the company's Anticalin molecules to their pipelines.

How do you value an entire new class of pharmaceuticals? Well, in 2019, worldwide sales for monoclonal antibodies (mAbs) totaled $163 billion. If Pieris' partners report any positive data on its Anticalin drugs next year, the upside for this stock is enormous.

This Pharmaceutical Stock Could Be Your Lottery Ticket

2 Penny Stocks That Could Soar Soon

This Risky Micro-Cap Could Pay Off Big