Novavax (NASDAQ:NVAX) has been around for a long time. The company had its IPO on Dec. 11, 1995. It opened at a (split-adjusted) price of $85 a share. Almost six years later, on Oct. 3, 2001, the stock hit its all-time high, at a (split-adjusted) price of $300 a share. Now the stock sits at just $4.31 a share. Imagine the unhappy investor out there who's sitting on losses of almost 99%. Novavax has caused a lot of financial agony to plenty of people. 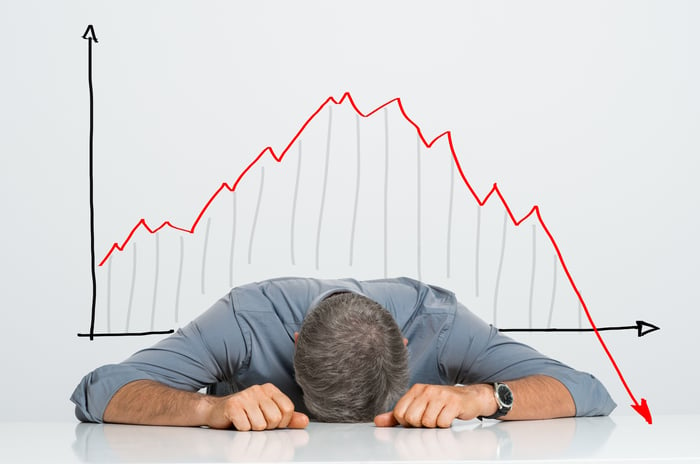 This year, the stock has dropped all the way down to a micro-cap, valued at $106 million by the market. Earlier this year, Novavax had to do a 20-for-1 reverse split in order to keep its shares trading on the Nasdaq. More than 20% of its float is sold short.

One of Warren Buffett's sayings is that you should "be fearful when others are greedy and greedy when others are fearful." Of course, Buffett does not buy unprofitable biotechs. If you are trying to get rich using Buffet's methods, this stock is not for you. But Buffett's aphorism is nonetheless helpful to us because it references how emotions can affect stock prices.

Consider that Novavax's stock has continued to drop, despite all the remarkable good news the company has had in regard to its flu vaccine. The company's drug, NanoFlu, is now in phase 3 trials. There's good reason to be optimistic that the U.S. Food and Drug Administration will approve this drug, in part because we are seeing the worst flu outbreak in decades, and NanoFlu is showing very strong efficacy in its clinical trials so far. And yet the market refuses to have any optimism about Novavax. People hate the stock. They're angry about their losses. They're afraid to invest. And so a lot of investors are blind to the remarkable opportunity Novavax has right now.

Will NanoFlu save Novavax?

The flu is a killer. Approximately 80,000 people died of the flu in the U.S. last year, according to the CDC. That's the highest death total in 40 years. The flu killed more people than car crashes and gun shootings combined. That's why the global market for flu vaccines is over $5 billion a year. This represents a huge market opportunity for Novavax. 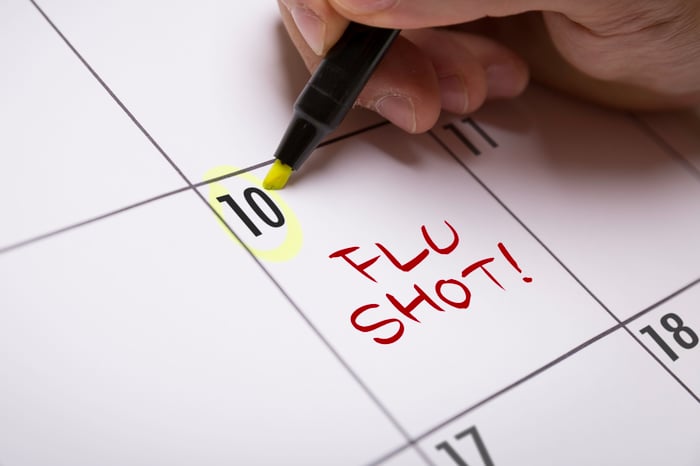 The FDA is so impressed with the potential for NanoFlu to save lives, it has helped Novavax dramatically rush the drug through clinical development. Normally it can take a company seven years or more to go from drug discovery to FDA approval. So far NanoFlu is zooming through its clinical trials.

Novavax announced the drug to the world a little over two years ago, on Aug. 23, 2017. The data from the lab was startling. NanoFlu was tested in ferrets against a variety of influenza strains. The study was a head-to-head comparison against Fluzone and Fluzone High-Dose, the market-leading flu vaccines produced by Sanofi (NASDAQ:SNY). NanoFlu had higher antibody responses across the board. In one flu strain, NanoFlu had a response in the ferrets that was seven times stronger than Sanofi's vaccine. In another flu strain, NanoFlu had a response that was 26 times stronger. And in a third flu strain, NanoFlu's response rate was twice as strong. The news was so amazing that the scientific journal Vaccine published the data, even though it was from an animal study.

Based on all this data, the FDA granted Novavax the accelerated approval pathway for NanoFlu. This is a mechanism by which the FDA works closely with drugmakers to facilitate a quicker path to getting a drug on the market. The FDA does this when it's a drug for a serious condition and there's an unmet medical need. In other words, it didn't go unnoticed by the FDA that 80,000 Americans died from the flu last year, and thus it has concluded that existing vaccines are less-than-optimal.

Part of the problem is that most of the existing flu vaccines are manufactured in chicken eggs. This is the technology that has been used for 50 years. And flu viruses that affect humans can be difficult to grow in eggs. The virus mutates, which causes a mismatch between the vaccine and the virus, leading to poor results.

Novavax's flu drug is not egg-based. It's a recombinant nanoparticle that is an exact genetic match to existing flu strains. And it has a broader immune response to make it more successful when the flu virus mutates into other forms.

Novavax is now enrolling its phase 3 study of NanoFlu, a little over two years after the drug was being used in ferrets. The company will announce results in the first quarter of 2020. This brisk pace suggests the possibility that NanoFlu might be approved in time for the 2020-2021 flu season. If that happens, all the pain that Novavax has caused its investors will be forgotten.