Corsair, Zillow, and Magnite can prove to be multibaggers in the coming years.

Finding growth stocks with low downside volatility is always a daunting task, even more so when the equity market is at an all-time high. The S&P 500 Shiller cyclically adjusted price-to-earnings ratio, which is an inflation-adjusted valuation metric, was 37.98 in July 2021. This is the highest it has been in the past three years.

In such a market environment, companies that have fallen from public grace despite growing revenue and earnings faster than the market average can prove to be attractive long-term picks. With that in mind, Corsair Gaming (CRSR 1.22%), Zillow Group (Z 0.94%) (ZG 0.71%), and Magnite (MGNI 6.65%) look like top growth stocks to buy right now. 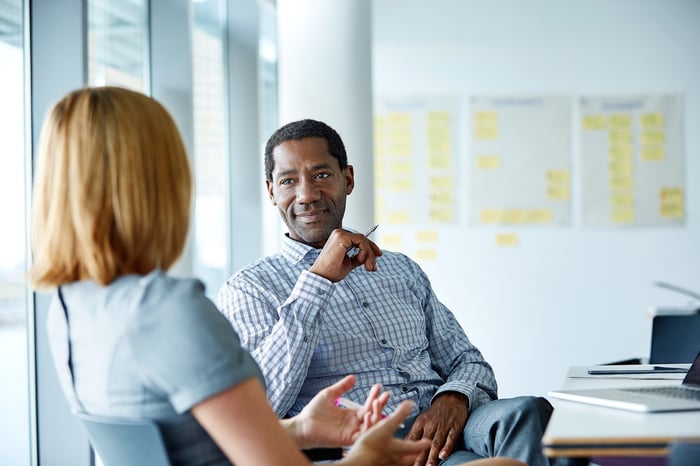 The COVID-19 pandemic has enhanced the long-term growth story of this leading one-stop shop for high-performance gaming hardware and streaming equipment. Shelter-in-place orders led to a rise in overall gaming activity, mainly due to the absence of many entertainment alternatives.

While the pace of new customer acquisition may slow down as the pandemic fades, Corsair is anticipating robust demand from older customers upgrading to specialized gear, including gaming PCs and peripherals. This should emerge as a solid growth driver, especially since the penetration of specialized gaming hardware in the U.S. is still very low. The rising popularity of competitive gaming and esports, the eventual end of semiconductor shortages, and 5G implementation will also drive demand for gaming hardware. Self-broadcasting (livestreaming), an addressable market estimated to be worth $1 billion, is also contributing to growing demand for Corsair's streaming products.

Thanks to its solid brand positioning and leadership in the majority of its end markets, Corsair can take full advantage of these tailwinds. Acquisitions of high-end esports controller manufacturer Scuf Gaming and Elgato's livestreaming business have further strengthened Corsair's product portfolio.

In the second quarter, revenue jumped 24.3% year over year to $473 million, which is impressive considering the prior-year period's 57.7% growth. Gross margin has also expanded by 870 basis points in the past two years.

The stock is down 24% year to date after higher logistics costs in the second quarter led adjusted earnings per share of $0.36 to fall short of the analyst consensus. While the company expects some of the logistics-related headwinds to continue in the third quarter, management has maintained its full-year fiscal 2021 guidance. The company is trading at only 1.3 times trailing 12-month sales, a bargain for a profitable gaming company riding several major trends in its industry.

Zillow Group is best known for its websites and mobile apps such as Zillow, Trulia, HotPads, and StreetEasy, which together facilitate buying, selling, renting, and securing financing for properties. By offering a one-stop shop for a consumer's real estate needs, Zillow has managed to streamline the entire process.

Its financial performance has benefited significantly from low interest rates and the mismatch between supply and demand in the U.S. housing market. The work-from-home trend has driven up demand for bigger homes in many markets, while low construction levels since 2007 have led to a severe shortage in housing inventory. With the Federal Reserve unlikely to increase interest rates in the near future and home-building continuing at a subdued pace, these tailwinds are expected to persist in the near term.

Operating the most visited online real estate website in the U.S., Zillow is helping to shape the rapid digital transformation in the real estate industry. The company reported 2.8 billion visits to its websites and applications in the second quarter. And according to a company survey, almost 36% of Gen Z and 39% of millennial consumers claim to be comfortable buying a home online.

The Zillow Premier Agent segment (behind the sale of advertising, marketing, and technology products and services to real estate agents and brokers) is the company's most profitable. However, the Zillow Offers business (where the company buys and sells homes directly) has emerged as the key revenue driver and pillar for the Zillow Home Loans business. In the second quarter, 40% of Zillow Home Loans' purchase originations were sourced from Zillow Offers. This highlights the cross-selling potential of the company's real estate ecosystem.

The stock is down 50% from the all-time high it reached in Feb. 2021, despite posting broad strength across its business in the second quarter. Considering the solid fundamentals of the company, the steep sell-off seems unwarranted. While the Federal Reserve's plans to start tapering bond purchases by the end of 2021 may further expose the company's stock to short-term volatility, Zillow is still an attractive pick for long-term investors.

As the largest independent sell-side advertising technology company, Magnite specializes in helping content publishers and digital media owners programmatically sell their advertising inventory to marketers. Replacing the traditional practice of human negotiations, this tech-driven model has helped improve the speed, pricing, delivery, and efficiency of targeted advertising. The company is benefiting significantly from the rapid expansion of the global digital advertising market, estimated to be worth $786 billion by 2026.

Apple's policy to allow users to block the Identifier for Advertisers and Alphabet's plans to phase out third-party cookies by 2023 are major concerns for the company's desktop and mobile advertising business. However, the recovering economy will boost demand for display advertising in the coming months.

To further manage this risk, Magnite has increased its focus on the rapidly expanding U.S. connected-TV (CTV) space, a market estimated to be worth over $17 billion next year. With the increasing pace of cord-cutting in the U.S., more people are switching to streaming and CTV options. Magnite has bolstered its capabilities here through the acquisitions of rival SpotX for $1.1 billion and the smaller CTV ad-serving technology player SpringServe for $31 million.

In the second quarter, CTV revenue (excluding traffic acquisition costs) soared 108% year over year on a pro forma basis to $34.3 million (including SpotX results for April 2021 and the second quarter of 2020). CTV accounted for 34% of the company's total second-quarter revenue and has been growing at a rapid pace. The company is also guiding for CTV pro forma revenue in the range of $41 million to $45 million in the third quarter, good for a year-over-year jump of 50% at the midpoint.

Magnite stock has also declined over 50% from an all-time high reached in February of this year. This sell-off is mostly associated with investors' concerns about the future of advertising technology companies in the absence of third-party cookies. However, desktop advertising, which will be most affected by these changes, accounted for 27% of the company's second-quarter revenue, a steep drop from 36% in the same quarter last year. With access to first-party data from content publishers, Magnite can still thrive going forward.