To find out why, we need to look south of the border. 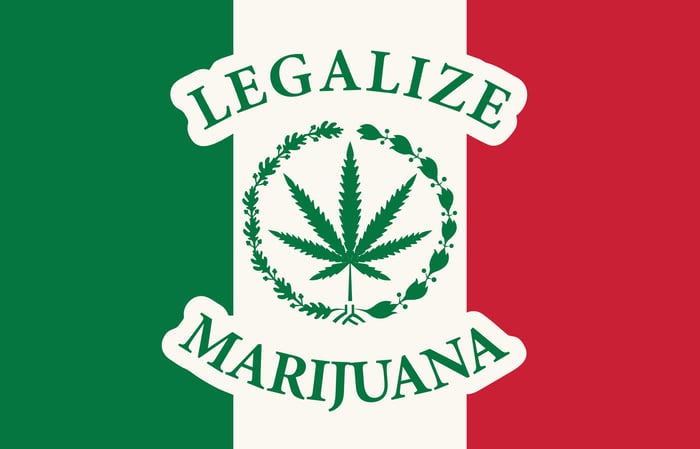 As you're probably aware, the fate of marijuana legalization legislation in the U.S. is still up in the air, stalled while Senate Democrats try to figure a way to pass a law that does not currently have the votes to pass. But the picture is a bit brighter down in Mexico.

In Mexico, the Supreme Court has already ruled that it is unconstitutional to ban personal use (and even cultivation) of marijuana. Logistically, Mexico's Congress still hasn't quite managed to pass a law decriminalizing cannabis, but that could soon change, reports MarijuanaMoment.net today.

Already, in the last legislative session, both Mexico's Senate and its Chamber of Deputies passed laws legalizing cannabis (although they were not quite in sync). In a statement Monday, Sen. Julio Ramón Menchaca Salazar of the majority Morena Party promised to put harmonizing the two bills on the agenda for the new legislative session that begins tomorrow.

What will this mean for marijuana stocks? On the one hand, assuming legislators take up where they left off last session, it could soon become legal in Mexico for persons 18 years or older to grow their own marijuana (as many as six plants per citizen), which might not be great news for commercial demand.

On the other hand, for folks who prefer to outsource their agriculture, and buy marijuana rather than grow it, the law would permit people to buy, possess, and use up to 28 grams (or 1 ounce) of cannabis at a time.

That's the same possession limit as you will find in California or Colorado, for example. And it suggests that Mexico is now on the cusp of becoming the next big (legal) market for weed.