After volatile trading across 2021, shares are now down roughly 42% year to date.

Shares of ChargePoint Holdings (CHPT 7.72%) fell 10.6% in August, according to data from S&P Global Market Intelligence. Last month's double-digit stock retreat came on the heels of a 31.9% slide in July, but things could be looking up for the electric vehicle (EV) charging company. 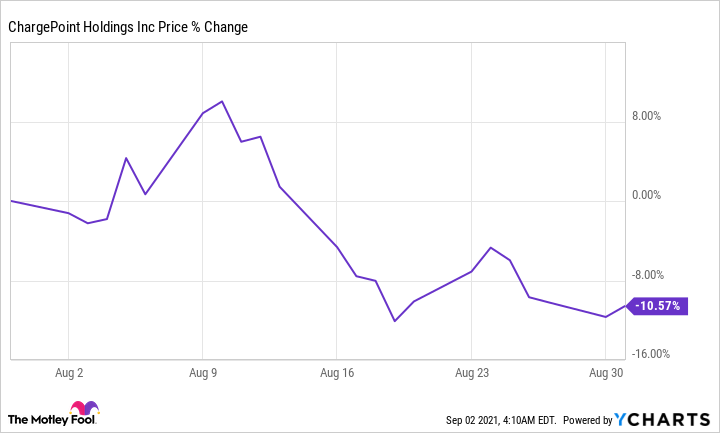 ChargePoint's falling stock price last month appears to have been driven by disappointment regarding the extent to which the company will benefit from the new U.S. infrastructure bill. While the company has the world's largest network of EV charging stations, its business remains in relatively early growth stages, and shortfalls in anticipated governmental support can be expected to have a significant impact on its valuation. 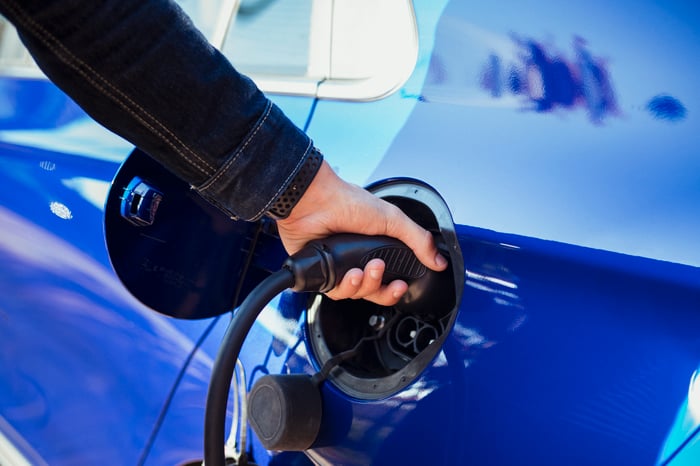 Investors had been holding out hope that the new U.S. infrastructure bill would include more-substantial funding for EV charging stations. The bill passed in the Senate on Aug. 11 and includes roughly $15 billion in funding for the overall EV industry and $7.5 billion in funding for charging stations. Those amounts came in below the levels that some investors were anticipating. The House of Representatives is set to vote on the infrastructure bill by Sept. 27.

The designated funding in the current infrastructure bill took some wind out of ChargePoint's sails. On the other hand, the company's recent second-quarter report and updated guidance show that the business is growing faster than most analysts anticipated.

ChargePoint stock is seeing some recovery early in September's trading. The company's share price is up roughly 6.9% in the month so far thanks to encouraging Q2 results and guidance.

ChargePoint posted a loss of $0.29 per share on sales of $56.1 million in the quarter, while the average analyst estimate had targeted a per-share loss of $0.13 on revenue of $49.1 million. Sales were up 61% year over year in the period. In conjunction with strong guidance, the big sales beat was enough to offset the earnings miss in the eyes of the market.

ChargePoint now has a market capitalization of roughly $7.3 billion and is valued at roughly 35 times this year's expected sales.