Please ensure Javascript is enabled for purposes of website accessibility
Log In Help Join The Motley Fool
Free Article Join Over 1 Million Premium Members And Get More In-Depth Stock Guidance and Research
By Leo Sun – Sep 2, 2021 at 7:45AM

Tencent, NetEase, and Bilibili are in the Chinese government's regulatory crosshairs.

China's top gaming stocks recently tumbled after Chinese government regulators tightened video game playtime restrictions for minors again. Under the new rules, children under the age of 18 will only be allowed to play online games between 8 p.m. and 9 p.m. on weekends and national holidays, with a maximum playtime of three hours each week.

Under the previous rules, which went into effect in 2019, minors could play online games for up to 90 minutes daily throughout most of the day. Those restrictions were implemented following a nine-month freeze on new gaming approvals and a reevaluation of the entire sector in 2018. 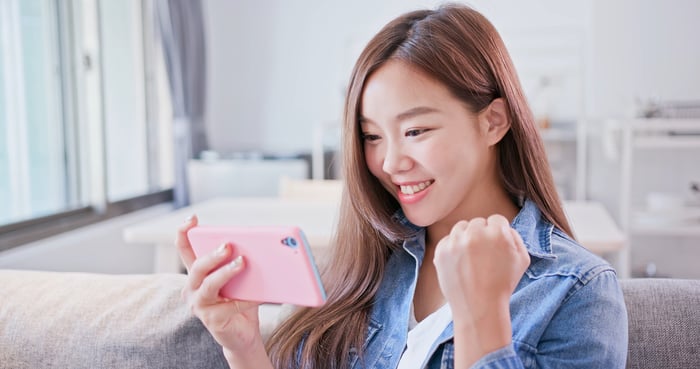 Minors only account for a small percentage of China's gamers

There are roughly 665 million video game players in China. While a recent Statista report suggests about 23% of them are under age 18,  that age segment only generates about 5% of the country's total gaming revenue, according to Jefferies.

Bilibili, which provides ACG (anime, comics, and gaming) content to China's Gen Z users, management also claimed that gamers under the age of 18 only generated "around 1%" of its total gaming revenue last quarter.

Was the sell-off justified?

Those percentages are tiny, but the prices of all three stocks still tumbled over the past three months. 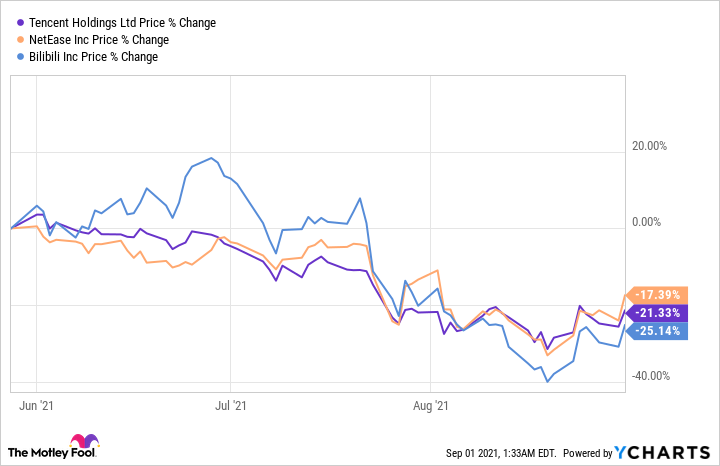 That was because all Chinese tech stocks were hammered by the government's unpredictable crackdown on the country's top tech companies. So far, that crackdown has included a record antitrust fine against Alibaba (BABA 5.25%), smaller fines against numerous companies for unapproved deals, blocked mergers, tighter restrictions for online education companies, new data protection laws, and potential restrictions on overseas IPOs through VIE (variable interest entity) shell companies.

Additional challenges in the U.S. exacerbated that pressure. A new U.S. law could delist shares of Chinese companies that don't comply with new auditing rules within the next three years, while CFIUS (the Committee on Foreign Investment in the United States) has reportedly been probing Tencent's investments in U.S. gaming companies.

Shortly afterward, Tencent proactively reduced the daily playtime limit for minors on Honor of Kings, its flagship mobile game, to one hour on weekdays and two hours on weekends. However, those self-imposed restrictions didn't seem to satisfy China's National Press and Publication Administration, which oversees the country's gaming industry and other media businesses.

China's gaming stocks will remain in the penalty box

Tencent, NetEase, and Bilibili all look historically cheap and undervalued relative to their growth potential, but investors could continue to shun all three stocks if the regulatory challenges persist.

Bilibili generated 27% of its revenue from mobile games last quarter, but its streaming video business is exposed to unpredictable censorship standards for live streaming platforms. Its advertising and e-commerce business (which is partnered with Alibaba's Taobao) could also face data-related restrictions.

On their own, the new playtime restrictions for minors won't significantly reduce Tencent, NetEase, and Bilibili's revenues. However, the restrictions could further erode investors' confidence in Chinese tech stocks.

As a result, all three stocks will remain under pressure -- and look irrationally cheap -- until the regulatory headwinds wane. It could take years for that to happen, so investors would be well advised to avoid these stocks for now.