China's Gen Z darling has lost its luster this year.

For the third quarter, Bilibili expects its revenue to rise 58%-61% year over year. That guidance met analysts' expectations, but investors were likely waiting for a rosier forecast to justify buying the stock amid the Chinese government's crackdown on its top tech companies.

Is Bilibili still worth buying as Chinese tech stocks lose their luster, or will it remain a falling knife for the foreseeable future? 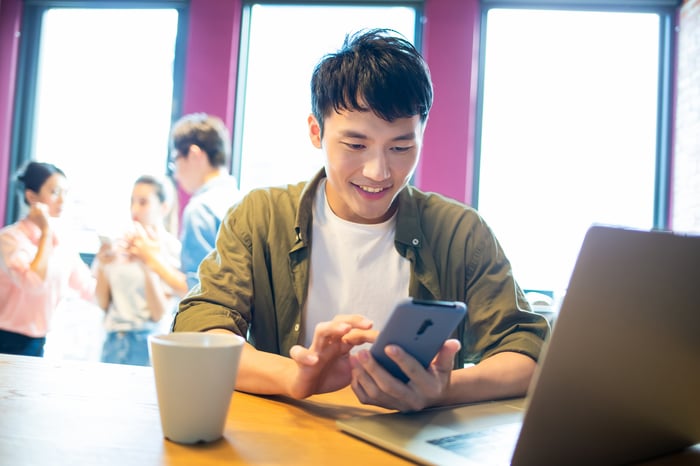 One of China's fastest-growing tech companies

In the first half of 2021, Bilibili generated 29% of its revenue from mobile games, 37% from value-added services (VAS) like virtual gifts for video broadcasters and media subscriptions, 21% from online ads, and 13% from its e-commerce and other segment, which sells tie-in ACG (anime, comics, and gaming) content online. Here's how rapidly those businesses grew over the past two and a half years:

Bilibili's mobile gaming business, which licenses hit games like Fate/Grand Order, faced tough comparisons against the pandemic's initial boost for video games a year ago. However, Bilibili easily offset that slowdown with the robust growth of its other three businesses.

The growth of Bilibili's advertising and e-commerce segments is especially impressive compared to that of its larger industry peers. For example, Baidu's (BIDU 4.72%) online marketing revenue fell year over year for seven straight quarters before stabilizing over the past two quarters. Baidu blamed China's economic slowdown, competition, and the pandemic for those woes -- yet Bilibili's ad sales soared over the same period.

Alibaba (BABA 4.79%), which tethers its Taobao marketplace to Bilibili's platform, grew its commerce revenue 42% last year, but the segment's growth decelerated to 35% growth in the first quarter of fiscal 2022.

The secret to Bilibili's growth

Bilibili is growing so rapidly because it's a leading platform for China's Gen Z users, especially those who are enthusiastic about ACG content.

Bilibili promotes its users to "official" members, granting them access to exclusive content if they pass a 100-question exam on ACG content. Its number of official members rose 35% year over year to 121 million in the second quarter, and it's likely easier for Bilibili to convert those die-hard fans into paid users.

Bilibili's popularity with Gen Z users attracted big investments from Tencent (TCEHY 3.69%) and Alibaba. Sony (SONY -1.37%), which owns Fate/Grand Order as well as a large library of anime, also bought a major stake in Bilibili to expand its reach across China.

Can Bilibili withstand the regulatory challenges?

Bilibili hasn't been hit with a major probe or fine like Alibaba yet, but growing fears about a crackdown on the gaming industry -- which were sparked by a retracted state-backed media article that compared games to opium -- caused its stock price to tumble more than 40% over the past month.

Uncertainties about the Chinese government's next moves, along with threats in the U.S. to delist Chinese stocks, are also keeping investors far away from Bilibili and other Chinese companies.

Analysts expect Bilibili's revenue to rise 61% this year and 44% next year, which are incredible growth rates for a stock that trades at about eight times this year's sales. However, Bilibili will also likely remain unprofitable, and the regulatory headwinds should continue to depress its valuations.

Bilibili isn't as exposed to the Chinese government's wrath as its larger tech peers, but a crackdown on video games could cripple one of its core businesses just as it starts to expand its line-up of self-developed games. Therefore, investors should avoid its stock for now, then wait for the regulatory headwinds to wane before reassessing its business.

Leo Sun has no position in any of the stocks mentioned. The Motley Fool owns shares of and recommends Alibaba Group Holding Ltd., Baidu, Bilibili, and Tencent Holdings. The Motley Fool has a disclosure policy.

Why Bilibili Stock Was Falling Today
376%