Please ensure Javascript is enabled for purposes of website accessibility
Log In Help Join The Motley Fool
Free Article Join Over 1 Million Premium Members And Get More In-Depth Stock Guidance and Research
By David Smith – Updated Sep 24, 2021 at 11:09AM

Boost your chances of outperforming the market by following the advice of a few investing legends.

It's no secret that investing is hard. The average investor underperformed the S&P 500 by 1.4% from 2001 to 2020. While many people are unable to beat the market, there are a few investing legends who consistently outperform. By following their advice, you can deploy a successful investment strategy too.

Cathie Wood is debatably the most famous person in finance right now. Her flagship fund, ARK Innovation (ARKK -2.81%), boasted 140% returns in 2020 and a 35% annualized return since inception. While her fund hasn't had to navigate a prolonged recession yet, her focus is on companies with "new products or services that potentially change the way the world works."

She recognized Tesla's (TSLA 0.03%) potential early, boasting over 1,600% cumulative five-year return as it has become the seventh biggest company in the S&P 500.

You can identify the next disruptor by paying attention to what's around you, and by focusing on companies that rapidly accumulate users with the goal of creating long-term profits. Note that because disruptive companies haven't been around as long, they often come with big up-and-down swings of volatility. 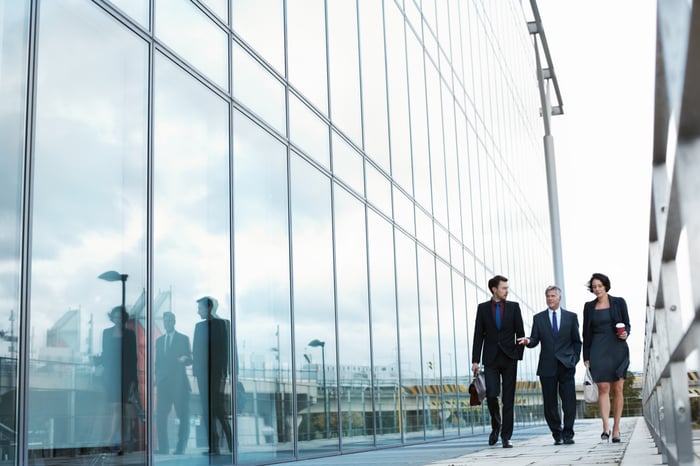 Warren Buffett's market outperformance through value investing has amassed a net worth over $100 billion. His advice is as unexceptional as his modest Omaha home:

Think long-term and stay the course.

A few months after the flash crash in October 1987, Buffett identified Coca-Cola (KO 0.02%) as an undervalued company. He made the purchase in early 1988 at a split-adjusted price of $2.45 per share. At an annual growth rate of nearly 18%, the stock has nearly increased 25 times his initial investment. He could have easily sold at the bottom during several different 30% dips over the years, but stayed the course and thought long-term.

By focusing on the long-term, you can avoid psychological mistakes where many investors fall prey, such as selling when prices are falling or waiting for a dip. Simply holding the S&P 500 and reinvesting dividends over the last 50 years, you would have earned 10.9% annually, which would have turned $1,000 into $177,000 today!

Compare that with average investor equity returns, which are 1.4% lower, and the returns are about $92,000. While that's still a great return, it's barely half the value of a buy-and-hold strategy on the S&P 500.

3. Only buy what you understand-Peter Lynch

Peter Lynch is well-known for his performance running the Fidelity Magellan fund (FMAGX -0.09%), earning 29% annually, nearly doubling the S&P 500 returns while managing the fund from 1977 to 1990.

While running the Magellan fund, he had to put aside all the hype surrounding him and focused on strong companies. So how did Mr. Lynch find valuable companies to return 10 times their investment? He bought what he understood.

As Lynch said, "If you can't explain to a 10-year old in two minutes or less why you own it, you shouldn't... Stocks are not lottery tickets. There is a company behind every stock."

Identifying that they were selling cheaply and had huge growth potential, he made wise investments such as Dunkin' Donuts (DNKN) and Walmart (WMT 0.29%). The companies were easier to understand for consumers, serving millions of Americans with thousands of stores. Both stocks grew over 1,000% during his tenure through the 1980s.

While Lynch retired 30 years ago, his advice still works today. Which two stocks do you think performed best in the 2010s, each returning 40 times their initial investment over the decade?

Netflix (NFLX -1.53%) and Domino's (DPZ -1.74%). Both companies influenced how people approach a simple concept like dinner and a movie, and they are well-known in most homes.

Both companies disrupted their industries, required long-term discipline to hold through a few spooky 30% dips, and are easy to understand.

All three of these investors displayed tremendous outperformance while using different philosophies. Fortunately, you don't have to just choose one. By combining their unique advice, your portfolio can enjoy significant long-term growth.