Please ensure Javascript is enabled for purposes of website accessibility
Log In Help Join The Motley Fool
Free Article Join Over 1 Million Premium Members And Get More In-Depth Stock Guidance and Research
By Adam Levy – Sep 10, 2021 at 6:06AM

There are a couple of important reasons the time is right for a Hulu price hike. First of all, Disney is pushing more subscribers to its bundle of streaming services. Second, it's ready to make Hulu more profitable. 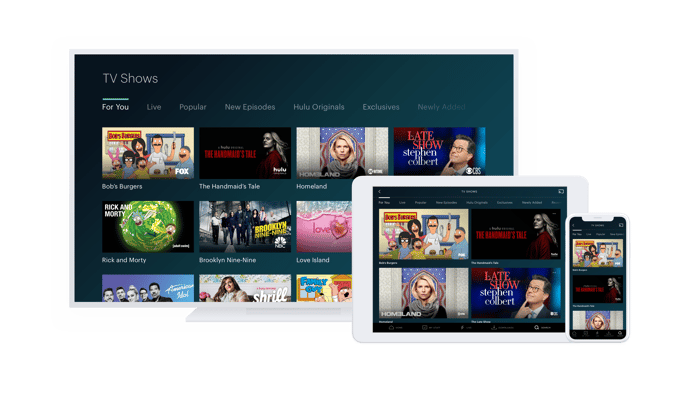 All about the bundle

Disney made a similar move earlier this year when it raised the price of ESPN+ by $1 per month. The bundle remained the same price. As a result, the bundle pricing looks more appealing to current subscribers of either ESPN+ or Hulu.

Disney has made a concerted effort to increase the take rate on the bundle this year. "A good chunk of our marketing now is going toward a bundle," CEO Bob Chapek said on Disney's third-quarter earnings call. "While we enjoy extremely low churn rates on our individual services, the churn rates on the bundle are even lower -- surprisingly low, even for us."

Indeed, churn is a major concern for Disney and every other streaming competitor going forward. Being able to keep churn low is essential to the continued growth of its subscriber base. If it loses fewer subscribers each month, it doesn't have to add as many in order to grow.

Furthermore, converting more Hulu or ESPN+ stand-alone subscribers into bundled subscribers can fuel the gross additions for Disney+. Some investors have expressed concern about the stagnation of Disney+ subscriber growth in the United States (the only market where Hulu and ESPN+ are sold).

And of course, getting more subscribers to pay an extra $7 per month by bundling is a great way to grow revenue with minimal marginal costs. Even if it negatively affects average revenue per user due to the way Disney does its accounting, investors should be pleased with the result.

Raising the price of Hulu could also make it more profitable. As mentioned, more bundled subscribers could put pressure on average revenue per user, but increasing the price can offset that.

While Disney controls Hulu, it still only owns two-thirds of the company. Comcast owns the other third. Until recently, Comcast was helping fund the company's losses, but Disney's decision to keep Hulu a U.S.-only service and use the Star brand internationally led Comcast to pull funding. As such, Disney has more incentive to make Hulu profitable now.

In fact, Hulu already showed a profit last quarter. Raising prices should make it even more profitable. Management previously guided for Hulu to reach profitability in fiscal 2023, so it's well ahead of schedule.

A more profitable Hulu can give management more room to invest in content for Disney+. CFO Christine McCarthy previously said expanding the content library is essential to continued price increases. Not to mention, EU regulators require streaming services like Disney+ to provide a certain amount of locally produced content.

Considering this is Hulu's first ever price increase, it's unlikely to perturb subscribers too much. Regardless of whether they simply pay more each month or find themselves more inclined to subscribe to the Disney bundle, it's a great move for Disney investors.