It's a complicated balancing act.

Hulu has become more successful than Walt Disney (DIS -3.52%) management anticipated since it took full control of the streaming video company in 2019. Hulu generated a profit in the company's third quarter, putting it well ahead of management's schedule for full-year profitability in fiscal 2023.

But that also means Comcast (CMCSA -1.98%), which still owns a minority stake in the business, gets to participate in the profits as well. Not only that, it could mean Disney has to pay an even bigger premium to take full ownership of Hulu in 2024. 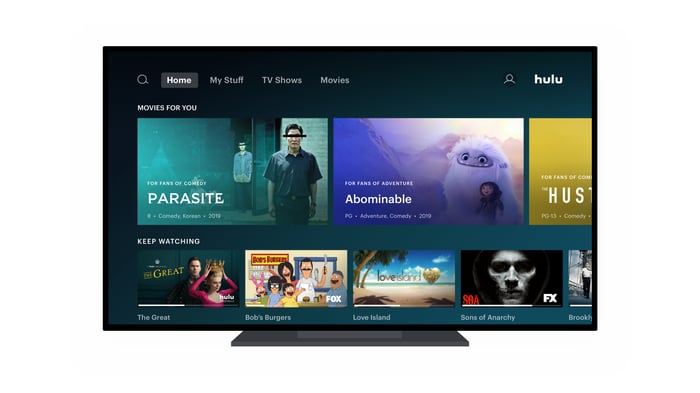 Is it still worth it to keep Hulu in the red?

Disney's 2019 deal with Comcast is a bit complicated. Comcast kept its one-third ownership of the business, but gave up operational control. In exchange, it received the right to force Disney to buy out its stake in early 2024 at a valuation of at least $27.5 billion (about $9.2 billion for Comcast's stake). Disney likewise has the option to force a sale at the same minimum valuation. It's worth noting that at this point, Hulu is likely worth much more than $27.5 billion.

In the meantime, since Comcast retained partial ownership, it's still required to fund a portion of Hulu's operational expenses, which have been substantial over the last few years. If Comcast refuses to fund Hulu, it can cede some of its shares in the company to make up for it, resulting in less money later.

Disney benefited from Comcast's ownership, as it didn't have to bear the full amount of losses generated by Hulu. But now that Hulu's profitable, the pendulum swings the other way: Disney doesn't keep all the profits.

Interestingly, though, Comcast and Disney have been in a fight. After Disney scrapped plans to expand Hulu internationally last year -- opting instead to use the Star brand in Europe and Latin America -- Comcast stopped funding Hulu, according to a report from The Information. So Comcast's share of the business is getting diluted, but arbitration proceedings are determining by how much.

At this point Disney is in a better position to make Hulu profitable, with Comcast's diluted stake and supposed lack of funding to help cover future losses. What's more, it's unclear how much bigger Hulu can get even if Disney spends more aggressively on content and marketing.

While Disney is starting to pull in profits from Hulu, it still has the overhang of buying out Comcast in 2024. As Hulu continues to grow its subscriber base while producing an operating profit, that overhang is getting bigger. Hulu could be worth closer to $40 billion already, and it's only going to get more valuable over the next two and a half years.

That leaves Disney with a bill of over $13 billion due in just a couple of years. As of the end of the third quarter, it had about $16 billion in cash and cash equivalents on its balance sheet. And while Disney operates with capacity constraints at parks and theaters and continues to plow money into its streaming business and its parks, it's producing minimal free cash flow. That means it may have to raise debt in order to fund the Hulu buyout in 2024.

With ongoing arbitration about the value of Hulu today, the two parties may decide to complete the transaction early instead of waiting until 2024. That could benefit both companies, by reducing uncertainty for Disney while providing Comcast a cash infusion and the ability to focus more on Peacock.

To be sure, the high price Disney will have to pay for Hulu is a good problem to have. Investors would much rather see Disney make the streaming service profitable while continuing to grow subscribers than for Disney to plow money into Hulu unnecessarily.

Despite the increased value of Hulu, Disney still got the better end of the deal with Comcast. Hulu has been an instrumental part of its streaming and content distribution strategy, and the company should be happy to pay fair value for it in 2024.