Uranium stocks are absolutely crushing the market today, extending their gains from last week. Here's how the top-performing uranium stocks were faring as of noon today:

Interest in uranium stocks is so high right now that Cameco (NYSE:CCJ) has surpassed AMC Entertainment Holdings and GameStop today to become the most discussed stock on Reddit's WallStreetBets forum. Cameco is among the world's largest uranium producers and the largest uranium stock in the U.S. with a market capitalization of $10 billion as of this writing. Its stock was up 3% as of noon today after jumping nearly 9% earlier in the day.

The story for commodity stocks often boils down to commodity prices. For uranium stocks, the story building up is a pretty strong one, what with uranium prices skyrocketing to multiyear highs.

Rick Rule, the CEO of the world's largest uranium fund, believes this could be just the beginning. After languishing for years, uranium prices started to reverse course in July after the entry of the Sprott Physical Uranium Trust Fund (OTC:SRUU.F). The uranium exchange-traded fund has been aggressively buying the physical commodity (in the form of uranium oxide) from the spot market since the ETF's inception in mid-July. 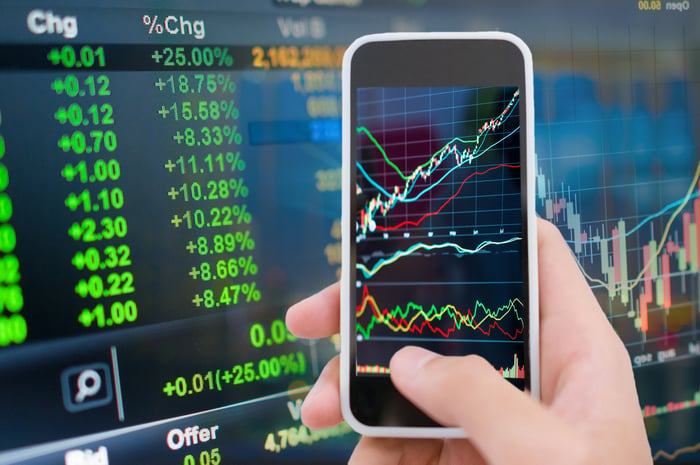 That's a massive amount of uranium to buy given that the entire uranium industry sold 92.2 million pounds in the spot market in 2020, according to Yellow Cake PLC, a U.K.-based fund that buys and sells uranium. In other words, the Sprott fund alone has bought the equivalent of nearly 27% of all uranium sold last year.

The fund's entry has also boosted liquidity in the uranium markets and attracted newer players, further propping up spot purchases. And all of this is happening while the world's largest uranium producers, Cameco and Kazakhstan-based Kazatomprom, continue to keep production low to support uranium prices.

To add to the enthusiasm, Taro Kono, Japan's leading contender for prime minister, said on Sept. 10 he'd restart idle nuclear reactors in the nation to meet Japan's net-zero emission goals by 2050. There would be nothing like it for the uranium industry if the nuclear powerhouse brings more reactors on line. Nuclear energy is considered a source of clean energy, and uranium is a key fuel used to power nuclear reactors.

Not surprisingly, uranium prices are hitting levels not seen in more than six years, sending uranium stocks to the skies in one month. 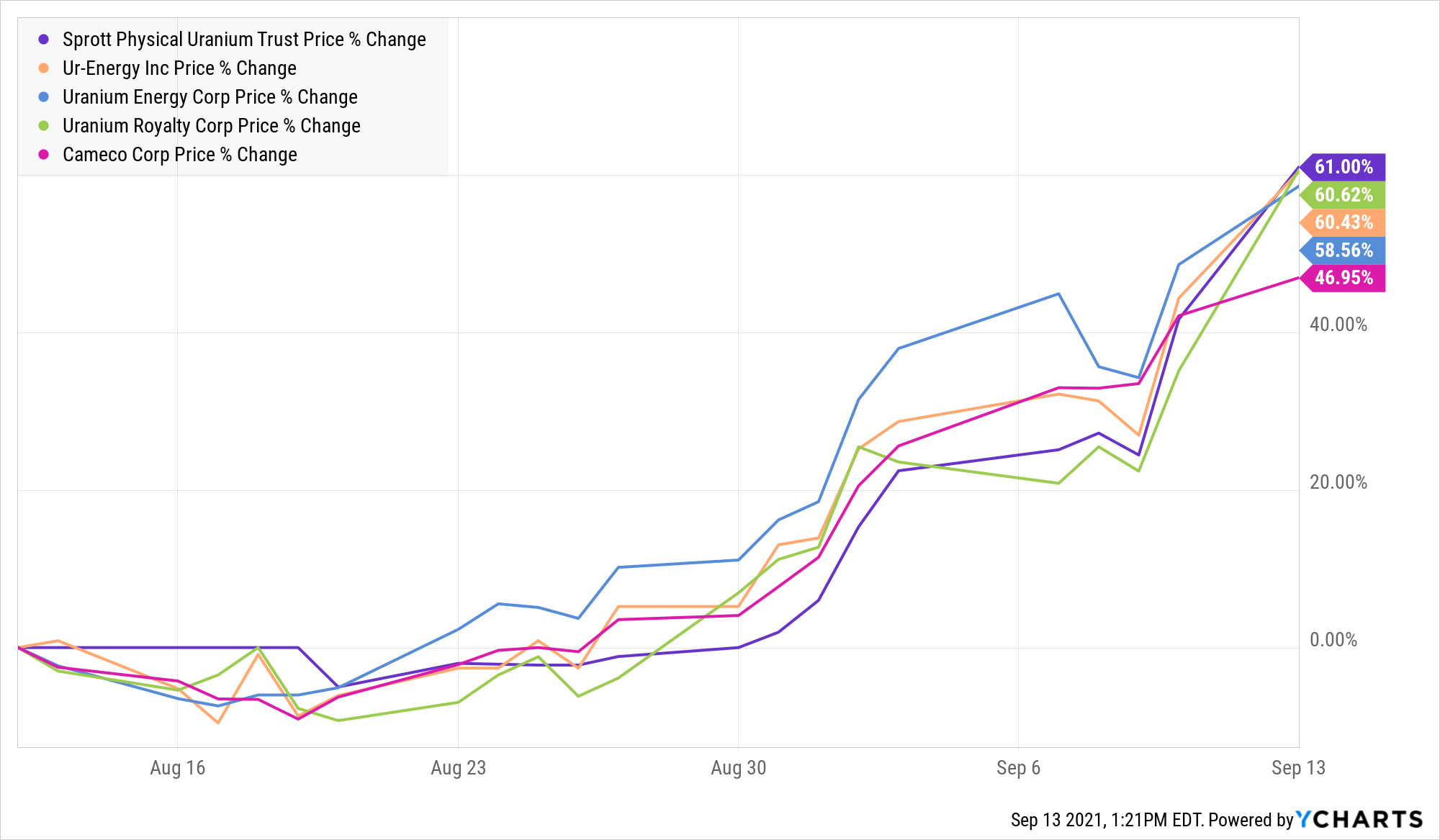 Uranium Royalty shares were gaining the most today given the company's business model: It's a uranium streaming and royalty company that buys uranium from miners, and therefore has full exposure to uranium prices without having to bear the costs and risks associated with the business of mining.

If you think uranium prices (and uranium stocks) have already run up too high too fast, Rule told Kitco News that he believes the rally in uranium prices has only just begun.

And in a major revelation, Rule said the Sprott Physical Uranium Trust Fund will apply for listing on the New York Stock Exchange, where liquidity in physical commodity ETFs is the highest. "If that happens in terms of inflows into the trust, if the material is available to buy in the spot market quote, then you ain't seen nothing yet," Rule told Kitco News.