The uranium industry is undergoing a sea change.

There's so much happening in the uranium industry that bulls in Cameco haven't been this excited in a long time. 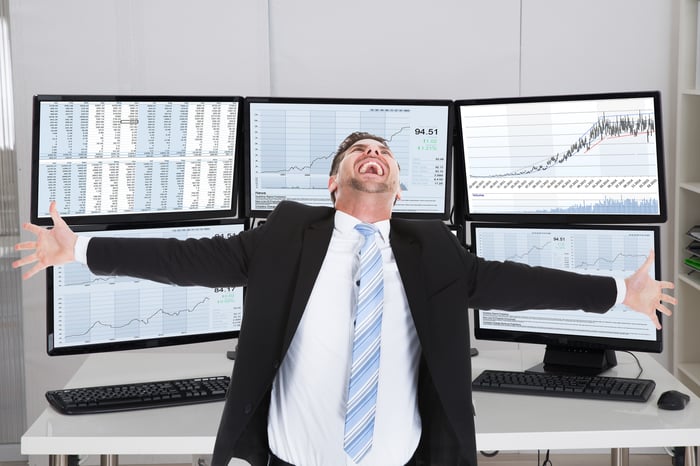 RBC Capital raised its price target on Cameco significantly to 26 Canadian dollars ($21) per share from CA$17 ($14) per share, backed by rising uranium spot prices and improving sentiment in the uranium industry.

Just days ago, GLJ Research increased its price target on Cameco stock to CA$38 ($30) a share from CA$27 ($21) a share. GLJ believes entry of exchange-traded fund (ETF) The Sprott Physical Uranium Trust Fund (SRUU.F -5.46%) into the industry is a massive potential catalyst.

I second the view as I'd already called the entry of the ETF a game-changer for the uranium industry back in July.

The thing is, the Sprott Physical Uranium Trust is the world's largest actively managed uranium fund that invests in physical uranium. The ETF began trading on Canada's Toronto Stock Exchange in July, but it's only now that it has started to aggressively buy uranium from the spot market. The fund's updates on Twitter show that it bought a whopping 900,000 pounds of uranium on Aug. 21 alone and then added another 1.1 million pounds through the end of August.

With the ETF scooping up yet another 400,000 pounds on Sept. 2, uranium spot prices flew through the roof and hit a six-year high of $35 per pound. The Sprott Physical Uranium Trust wasn't wrong to take credit for the soaring prices, even if subtly.

The dramatic surge in uranium prices was, unsurprisingly, enough to send Cameco and several other uranium stocks soaring.

In yet another hugely bullish signal from the industry, the world's largest uranium producer, Kazatomprom, announced its decision to keep production flat in 2022 and 2023, and meanwhile buy uranium from the spot market to meet its sales commitments through this year at least.

Limited production and higher buying activity in the spot market, whether by an ETF or uranium miners to meet their contracted sales, is a near-perfect recipe to drive uranium prices higher.

Here's why uranium prices could be headed even higher: The Sprott Physical Uranium Trust bought yet another 800,000 pounds of uranium on Sept. 2, and there's been massive investor buying in the fund on big volumes this week. The higher the investor interest in the ETF, the larger the quantity of uranium it'll buy. 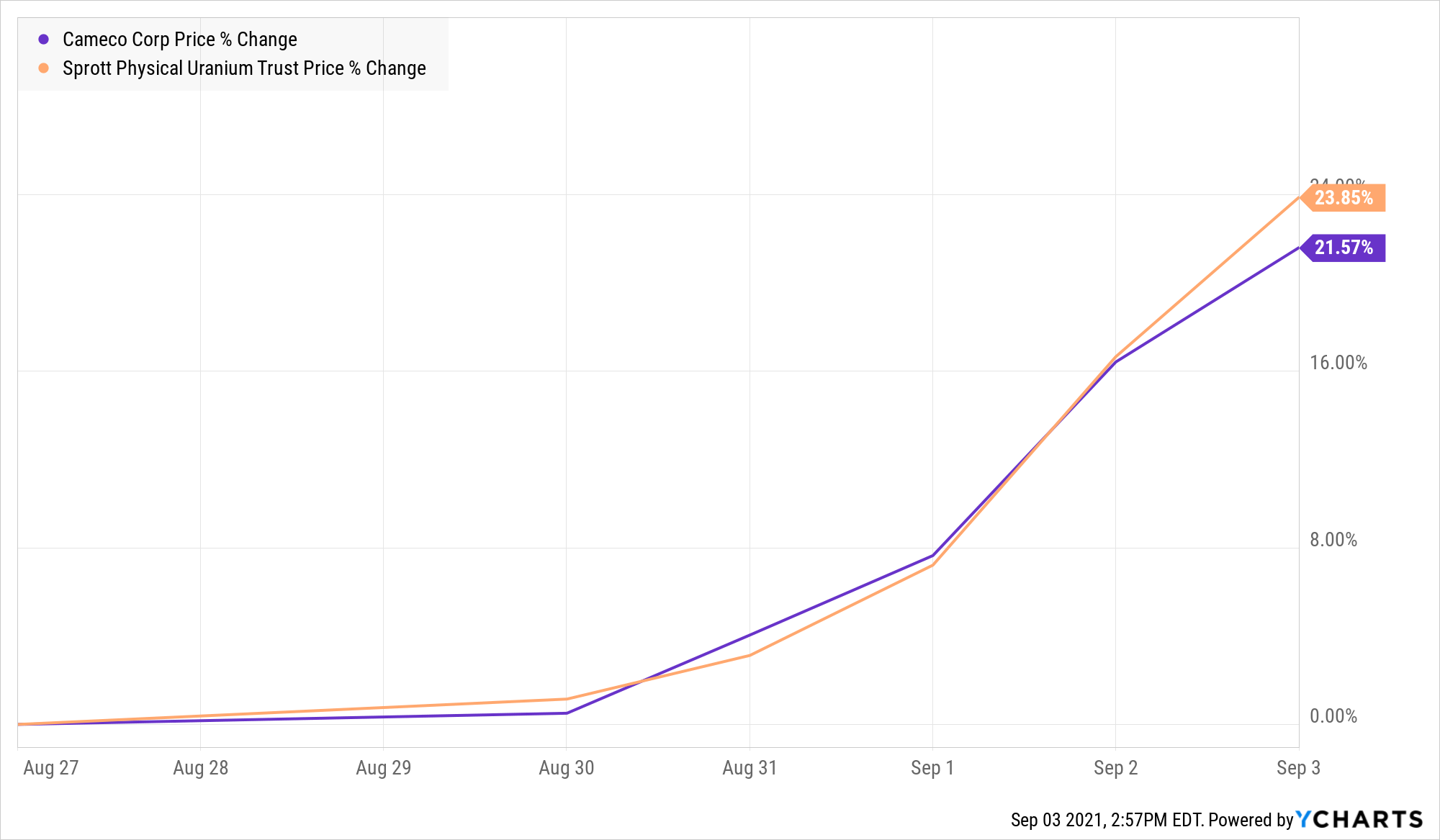 And wait until you hear this: Uranium has now made it to Reddit's r/WallStreetBets forum, with one user even calling the recent rally in uranium prices the start of a commodity "supercycle." By now, you probably know how any stock's mention on the Reddit forum can move share prices.