This electric vehicle stock could get a much-needed jolt from federal funding.

The electric vehicle (EV) space is bursting with potential. Lower battery prices, the push toward environmental, social, and governance (ESG) investing, and carbon-neutral targets by companies and countries all bode well for increased EV adoption.

When scanning the market for EV stocks, the first group that comes to mind is probably automakers like Tesla, Ford, and GM. However, an even easier way to invest in EVs could be through charging infrastructure companies like ChargePoint (CHPT 7.72%).

ChargePoint benefits as more passenger and commercial EVs hit the road, no matter who makes them. Although it's the industry leader, one glance at the growth stock's valuation makes it clear that the company has some very big shoes to fill. This begs the question: Does ChargePoint's future depend on a Biden infrastructure bill, or can it succeed without federal support? Let's break down the company's fundamentals to determine if ChargePoint is a buy now. 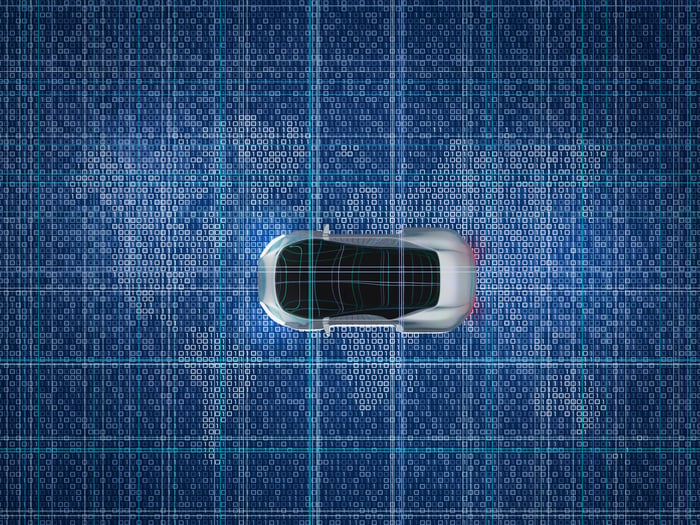 How federal support could help ChargePoint

In its Sep. 1 second-quarter fiscal year (FY) 2022 earnings call, ChargePoint called out the benefits of proposed U.S., Canadian, and E.U. vehicle and emissions policies. In the U.S. specifically, the version of the infrastructure bill that was recently passed by the Senate includes $7.5 billion toward expanding hydrogen, natural gas, and electric charging infrastructure.

President Biden also passed an Executive Order that calls for half of all new vehicle sales by 2030 to be zero-emission. California's plan is to make all new passenger car sales zero-emission by 2035. California is an example of how state subsidies and incentives can accelerate EV adoption. Federal grants to support EV charging could have a similar effect.

ChargePoint's growth depends on increased EV adoption. The more EVs that are on the road, the more charging ports will be needed. However, even without federal support, the numbers suggest that EVs are rapidly comprising a larger share of the passenger vehicle market.

According to the Bloomberg New Energy Finance (NEF) Electric Vehicle Outlook 2021, there are 12 million passenger EVs and one million commercial EVs on the road globally. Also, according to Bloomberg NEF, year-over-year North American EV sales grew 97% in the first half of 2021 and European EV sales grew 153%.

This is all to say that EV numbers in ChargePoint's two primary markets (U.S. and Europe) continue to rise at rapid rates thanks to increased demand and strong existing subsidies. U.S. EV federal tax credits for eligible manufacturers, and projects like the European Battery Innovation that grants support for European battery manufacturing independent of Asian imports, are just two examples of existing government support for EVs.

ChargePoint models its revenue forecasts based on the number of EVs on the road, not public policy. The financial outlook contained in its December 2020 investor presentation looks extremely bullish, calling for revenue growth at a 60% compound annual growth rate (CAGR) between FY 2022 and FY 2026.

ChargePoint is showing that it can hit its shorter-term targets. Its original FY 2022 revenue forecast was $195 million to $205 million. The company updated that forecast to $225 million to $235 million in its Q2 FY 2022 release. However, the further ChargePoint's forecasts go out, the more they are subject to uncertainty. The company's projections could be derailed for a number of factors, many outside its control.

In addition to organic growth, ChargePoint's acquisitions of ViriCiti and has-to-be drastically expand its fleet software offering and number of European ports. ChargePoint finished Q2 FY 2022 with 118,000 active ports, only 5,400 of which are in Europe. Once ChargePoint closes its has-to-be acquisition, it will integrate around 40,000 ports into Europe, making Europe a much bigger part of its portfolio.

ChargePoint's "Land and Expand" business model is centered around gaining as many customers as possible, as quickly as possible, and as early as possible -- trusting that profitability will follow suit as the company scales. Management has been open about its intent to give revenue preferential treatment over gross margins or profit. Given that both North America and Europe remain in the early innings of their respective transition to EV vehicles, ChargePoint's strategy would be effective if it can retain its current customer base and build a reputation as an industry leader as demand for charging grows.

Even if ChargePoint executes its revenue-focused strategy, the company could face difficulties transitioning to profitability as it attempts to disrupt a low-margin, commoditized industry where price is usually the differentiating factor between competitors.