The stock market stayed weak on Friday morning, with the latest news from Wall Street suggesting some worries about consumer confidence. Consumers play a vital role in driving overall economic activity, so any pullback on their part has huge implications for the entire business community. As of 11:45 a.m. EDT, the Dow Jones Industrial Average (^DJI) was down 172 points to 34,579. The S&P 500 (^GSPC -0.12%) dropped 32 points to 4,442, and the Nasdaq Composite (^IXIC) declined 148 points to 15,034.

Even on tough days for the stock market, you can usually find some stocks that do well. Up-and-coming media company CuriosityStream (CURI 0.75%) saw a sizable gain on Friday, as did investment specialist Invesco (IVZ -1.75%). Below, we'll look at what sent those stocks higher and whether there's more room to run in the future.

CuriosityStream got a nice bump higher on Friday morning, with its shares rising more than 9%. The provider of documentary and informational content got favorable comments from stock analysts that helped lift sentiment about its future prospects. 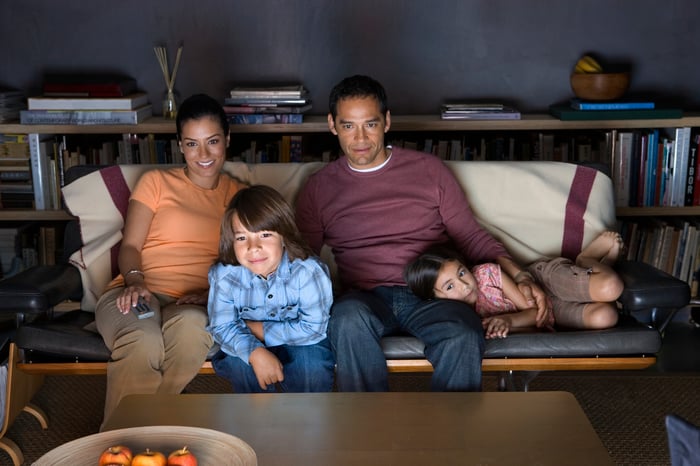 Analysts at J.P. Morgan weighed in on CuriosityStream for the first time, giving the content provider an overweight rating and setting a price target of $15 per share on the stock. That's about 35% higher than where the share price closed on Thursday, and it reflects the optimism that the analyst company has about how consumers are changing their behavior with respect to television.

CuriosityStream is a pure play on streaming video, and J.P. Morgan sees it as being in a good position to take advantage of the rising appetite among TV watchers to get direct subscriptions for on-demand viewing of quality content. CuriosityStream's library of programming is already extensive, and the company has a reputation for content development that should allow it to keep expanding its lineup far into the future.

There's plenty of competition in the video streaming space, of course, and CuriosityStream will have to fight hard to convince subscribers that its service is worth hanging on to. However, with a strong leadership team behind it, CuriosityStream has ample opportunity to prove itself in the years to come.

Invesco could be a target

Elsewhere, shares of Invesco were up almost 6%. The investment specialist might well get some interest from an industry rival for a potential merger.

Reports circulated on Friday morning that State Street (STT -1.27%) was mulling over a takeover bid. According to The Wall Street Journal, no deal had yet been finalized, and there was still plenty of possibility that talks would fall through without an agreement.

Despite those caveats, a merger of State Street's asset management business with Invesco would bring together a couple of giants in the industry. Both Invesco and State Street have substantial businesses in the exchange-traded fund space, but both have languished behind industry leaders BlackRock and Vanguard. A combination would give both companies the larger scale they need in order to compete more effectively.

In particular, the drive toward actively managed ETFs would provide ample opportunity for Invesco to take even greater advantage of its current No. 4 position in the space while giving State Street an easier road to keep concentrating on its core strengths. It'll be interesting to see if a deal gets done or whether both companies end up having to go back to the drawing board.