Please ensure Javascript is enabled for purposes of website accessibility
Log In Help Join The Motley Fool
Free Article Join Over 1 Million Premium Members And Get More In-Depth Stock Guidance and Research
By Dave Kovaleski - Jun 13, 2021 at 9:48AM

The asset manager has seen its stock price rise soar in 2021, but it may still have room to run.

Asset management firm Invesco (IVZ -1.64%) doesnʻt get the same attention given to some of its peers, but over the past decade it has quietly gained market share from them. The company has had a breakout year so far, with its stock price up 68% year to date through Friday's close, beating its major competitors, including BlackRock and T. Rowe Price.

While Invesco has enjoyed a great run this year, it is still available at a very favorable valuation. Let's take a closer look at this company to see if it's the right value stock for you. 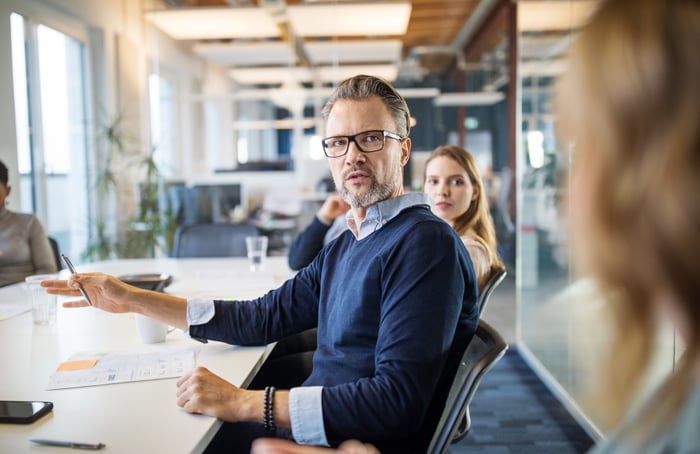 Invesco has steadily gained market share over the past decade. At the end of 2009, it was the 35th-largest asset manager, and by the end of 2017 it was up to No. 25. At the end of this year's first quarter, Invesco had grown to be the 16th-largest, with about $1.4 trillion in assets under management.

Invesco's gains have largely been driven by its success with exchange-traded funds (ETFs). ETFs have enjoyed a meteoric rise over the past decade and are expected to grow exponentially over the next decade. Currently, there's more than $5 trillion in ETF assets in the U.S., and some estimates suggest it could grow tenfold to $50 trillion by 2030.

As the fourth-largest manager of ETF assets, Invesco is in prime position to grow with the market. At the end of 2020, it had about $294 billion in ETF assets, behind only BlackRock, Vanguard, and State Street. Its Invesco QQQ ETF is one of the largest and fastest-growing on the market. It is the fifth-largest ETF, with $160 billion in assets, and in 2020 had the fourth-most net inflows, with $16.7 billion coming into the fund. The QQQ is a household name among investors, mainly because of its superior performance. Through March 31, the QQQ had a five-year annualized return of 25% and a 10-year annualized return of 20%.

For all its growth, Invesco remains undervalued by the market. It is trading at about 19 times earnings but has a forward price-to-earnings (P/E) ratio of about 10. It also has a low price-to-book (P/B) ratio of just under 1.3, with a P/B value of around $22 per share. That has jumped significantly since mid-February, when the stock was trading at about three-quarters of book value, but it's still low.

Invesco has also been involved in persistent rumors that it could be part of a merger or acquisition. The asset management industry is in a period of consolidation, with a number of deals in the past year as firms look to scale up. The name tied to Invesco is Janus Henderson, which has struggled in recent years. The rumors persist because last year, hedge fund manager Nelson Peltz of Trian Fund Management bought 10% stakes in both companies, and Trian has a history of activism -- in 2019, the firm bought a stake in Legg Mason, which was acquired in 2020 by Franklin Resources. The speculation has been well received by the market, as it has helped juice Invescoʻs excellent performance this year.

Invesco has carved out a terrific niche in ETFs, and as one of the leading managers in that space, it is in a good position to ride the ETF wave. At its current low valuation, and with speculation of M&A activity, it looks like a good time to consider this value stock.