Please ensure Javascript is enabled for purposes of website accessibility
Log In Help Join The Motley Fool
Free Article Join Over 1 Million Premium Members And Get More In-Depth Stock Guidance and Research
By Jeff Little – Sep 18, 2021 at 8:11AM

Management has high hopes for the company's treatment candidates for dermatological conditions, but can they get one to market before its cash cushion is depleted?

More than 7.4 million people in the U.S. and 125 million worldwide suffer from psoriasis, an autoimmune disease of varying severity that often leads to red patchy skin on the elbows, knees, scalp, and elsewhere on the body. Its cause is unknown, and so far, no cures have been discovered -- only treatments.

Arcutis Biotherapeutics (ARQT 1.35%) focuses on developing treatments for dermatological diseases and conditions such as psoriasis. With one phase 3 clinical trial of a formulation of its lead candidate just getting under way and another for a different formulation nearing completion, the company hopes to soon provide sufferers with alternative treatments for their itchy, irritated skin. But does the current situation also provide a smart buying opportunity for investors? 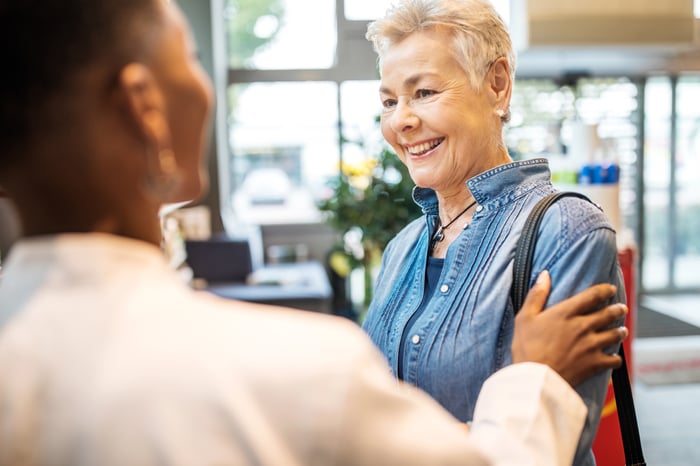 In January 2020, Arcutis IPOed on the Nasdaq at $17 per share. With multiple clinical trials under way at the time of its IPO to study treatment candidates for plaque psoriasis and extreme hand eczema, among other conditions, the company's initial prognosis was good.

In early trials, Roflumilast Foam showed some success in treating dermatitis, and by  June 2020, Arcutis' stock price had nearly doubled to $33, primarily driven by clinical study data from drug candidates to treat psoriasis affecting the body and scalp. But while its clinical trials continued amid the COVID-19 pandemic, the stock's honeymoon on Wall Street came to a gradual end. With no FDA-approved drugs and no revenue to speak of, the company's appeal for traders waned. In November, after Arcutis sold $135 million worth of stock in secondary offerings, its shares sank back to just above their original IPO price.

Driven by excitement around this news, the stock began to spike once again, climbing above its previous high. It reached its 52-week peak just above $38 in February, at which time the company announced another secondary stock offering of $150 million, further diluting shareholders.

The stock price traded sideways through May before succumbing once again to a decline sparked by clinical trial news. In early July, Arcutis announced the termination of phase 2 trials for ARQ-252, a JAK inhibitor. After studying that formulation as a potential treatment for hand eczema and skin pigmentation loss, the company concluded that its results weren't promising enough to warrant additional trials in those indications.

The company continued to operate using the $446 million in cash it had on the books as of the second quarter, and the stock price continued to slide. At the end of August, it sat at $21 per share -- just 24% above its IPO price 19 months earlier.

Roflumilast offers new reasons for investors to get excited

Now, the stock price is in the early stages of what looks like another climb, and for investors considering opening a position, this could be a great entry point. On Aug. 25, Arcutis announced the enrollment of its first patient in a phase 3 trial of Roflumilast Foam.

One challenge faced by patients suffering from scalp and body psoriasis is that there is generally no single treatment for both. Based on previous trials, the company considers Roflumilast Foam an effective solution. It provides a single, topical treatment in one  that can be used in the hair as well as on the body, without the concerns of thinning skin or the worsening of symptoms that can come with the use of some topical steroids.

The newly launched final phase 3 program will focus on the safety and effectiveness of the Roflumilast Foam treatment when administered once daily. The study will follow 420 subjects ages 12 and older who currently suffer from body and scalp psoriasis. Final data readouts are expected to arrive in 2022.

Based on the results of previous studies, Arcutis expects to file a new drug application (NDA) for Roflumilast Foam late in the third quarter or early in the fourth. One concern for investors might relate to the time it could take for the treatment to complete a full FDA review.

After an NDA is submitted, the FDA has 60 days to accept that application for review. After that, the FDA's decision-making process can take up to 10 months. But as the company stated on its second-quarter earnings call, the cash and cash equivalents it has on the books are sufficient to allow it to operate well into 2023.

For investors looking long term, right now could be the perfect time to get in low. The average price target on the stock from analysts covering Arcutis is $54 --  145% higher than where it was trading as of mid-morning Wednesday. Throw out the lofty range-high target of $80, while focusing more on the top two performing analysts of the group based on returns and accuracy of picks -- Gregg Gilbert of Truist, and Craig Suvannavejh of Goldman Sachs -- and you're still looking at a more tempered but extremely tempting $42 average target that forecasts a 90% gain.

Could 2023 Be a Breakout Year for This Pharma Stock?