Please ensure Javascript is enabled for purposes of website accessibility
Log In Help Join The Motley Fool
Free Article
Join Nearly 1 Million Premium Members And Get More In-Depth Stock Guidance and Research
By Will Ebiefung – Sep 23, 2021 at 8:39AM

With the average stock on the S&P 500 trading at a price-to-earnings (P/E) multiple of 34, it's clearly getting hard to find good companies trading at bargain prices in the stock market. But it isn't impossible.

Philip Morris International (PM -1.79%) is just one example. The cigarette maker's ongoing transition to reduced-risk tobacco products and healthcare is just part of the reason that value investors are smiling all the way to the bank with this stock.

A transition to reduced-risk products

Philip Morris International's second-quarter net revenue jumped 14% year over year to $7.6 billion as pandemic-related headwinds normalized in international markets. The company's pivot to reduced-risk tobacco products is also gaining steam. Smoke-free products (which include heated tobacco units, oral tobacco, and vaporizers) now represent 29% of revenue ($4.4 billion in the first half of 2021), and management aims to bring that share to 40% by 2023. 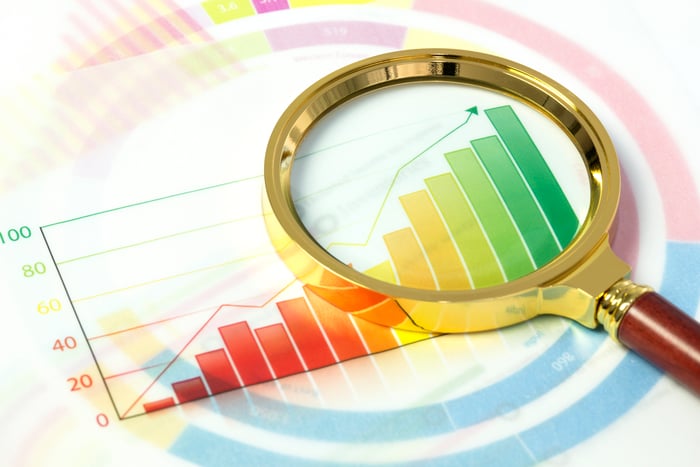 Philip Morris International's reduced-risk business segment depends on IQOS, a brand of products that heat tobacco instead of burning to release fewer harmful chemicals. The company faces a legal challenge from British American Tobacco's subsidiary, Reynolds, which claims IQOS infringes on two of its patents.

Philip Morris's U.S. partner Altria paused its rollout of IQOS in the country following an unfavorable ruling by the International Trade Commission (ICT). The good news is that Philip Morris U.S.A. (a subsidiary of Altria) is not the same as Philip Morris International. The two companies split in 2008, with the latter focusing on markets outside the United States, limiting its exposure to this particular headwind.

Healthcare is another exciting pivot

Philip Morris International isn't limiting its transformation to just reduced-risk tobacco products. The company is also exploring opportunities in healthcare, which could offer exciting synergies with its core nicotine business.

Last week, the company's 1.1 billion-pound ($1.5 billion) acquisition of asthma inhaler producer Vectura Group was approved by Vectura shareholders. This deal follows acquisitions this summer of Fertin, which specializes in pharmaceutical gums and tablets, and Otitopic, a maker of dry powder inhalers. These combinations are part of Phillip Morris's "Beyond Nicotine" strategy, which will see it invest in prescription drugs and other healthcare products.

Management expects to earn at least $1 billion in annual net revenue from "Beyond Nicotine" sources by 2025, which probably isn't much for a company that generated roughly $30 billion in revenue over the trailing 12 months. But perhaps more importantly, intellectual property from these acquisitions could help Phillip Morris develop new, safer ways to administer tobacco products, building a competitive moat around its reduced-risk nicotine business.

Philip Morris International expects adjusted EPS of $5.97 to $6.07 in full-year 2021, which would give the company a forward P/E multiple of 16.6 at the high end -- significantly lower than the S&P 500's average of 34. U.S. counterpart Altria Group trades for 10.2 times forward earnings -- but Philip Morris International deserves its premium because of its convincing transition to reduced-risk products and fewer regulatory challenges (Atria is still struggling with its disastrous investment in Juul Labs.

Investors shouldn't expect Phillip Morris International to grow at a massive clip -- it's a mature company in a mature industry. Its real value comes from its reliable earnings, which are generally returned to investors through a generous dividend and through buybacks. Shares boast a dividend yield of almost 5% and the size of the payout has increased for 12 years straight. For icing on the cake, in June Phillip Morris's board authorized a new $7 billion share repurchase program expected to conclude over the next three years.