Buyout rumors are swirling around this mid-cap biotech company.

Shares of Acceleron Pharma (XLRN), a mid-cap hematology and pulmonary drugmaker, rose by a healthy 16.2% this week. While the catalyst behind this double-digit jump wasn't immediately apparent (the company didn't release any material news during the week), Bloomberg News reported late Friday afternoon that the company is in advanced talks to be acquired for approximately $11 billion, or $180 a share in an all-cash deal.

Although Bloomberg couldn't identify the potential suitor in its initial report, Bristol Myers Squibb (BMY 0.31%) is the obvious candidate. Bristol already owns a sizable stake in Acceleron through its prior acquisition of Celgene, and the two companies are collaborating on the blood cancer drug Reblozyl and the late-stage pulmonary arterial hypertension (PAH) drug candidate Sotatercept. 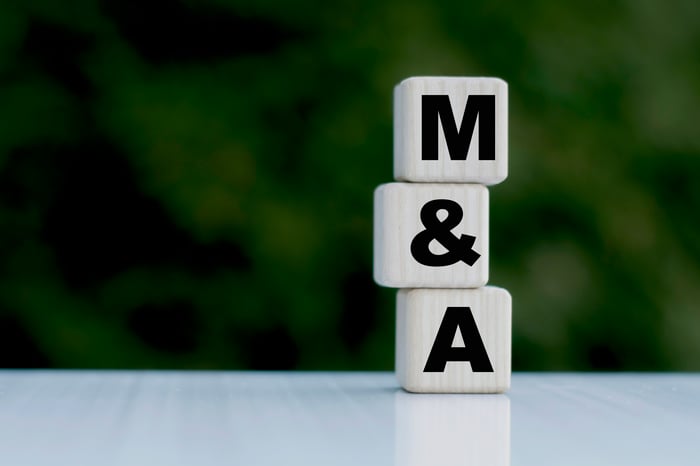 Bloomberg noted that Acceleron has yet to agree to a buyout by any potential suitor. That's important to keep in mind because $11 billion for a company with a promising PAH medication comes across as a low ball offer that probably won't sit well with shareholders, especially since the company already sports a market cap of $10.2 billion. Johnson & Johnson, after all, ponied up a whopping $30 billion for the Swiss biotech company Actelion and its PAH pipeline only four years ago.

To be fair, Acceleron's Sotatercept probably won't achieve blockbuster status until the early part of the next decade, assuming it can successfully navigate through its late-stage clinical program. But Bristol would be getting the full commercial rights to two potential blockbusters drugs (Reblozyl and Sotatercept) in this deal. Thus, $11 billion doesn't seem like a feasible price tag for a company with these kinds of high-value assets.

Acceleron, for its part, could simply choose to remain a stand-alone company if the right type of deal doesn't materialize. Then again, management may elect to take the risk-off approach by accepting a deal before Sotatercept's clinical program wraps up. Either way, biotech investors will definitely want to have their eyes on this name in the coming weeks. Buyout deals, after all, tend to send shockwaves through the entire biotech industry.