Please ensure Javascript is enabled for purposes of website accessibility
Log In Help Join The Motley Fool
Free Article Join Over 1 Million Premium Members And Get More In-Depth Stock Guidance and Research
By Dave Kovaleski – Sep 27, 2021 at 7:32AM

These two large-cap growth ETFs are among the most popular in their class. But there's one key difference between them.

A great way to invest in the best large-cap growth companies is through an exchange-traded fund, or ETF. Two of the largest and most popular large-cap growth ETFs are the Vanguard Growth ETF (VUG -0.36%) and the iShares Russell 1000 Growth ETF (IWF -0.25%). Which is the better buy? 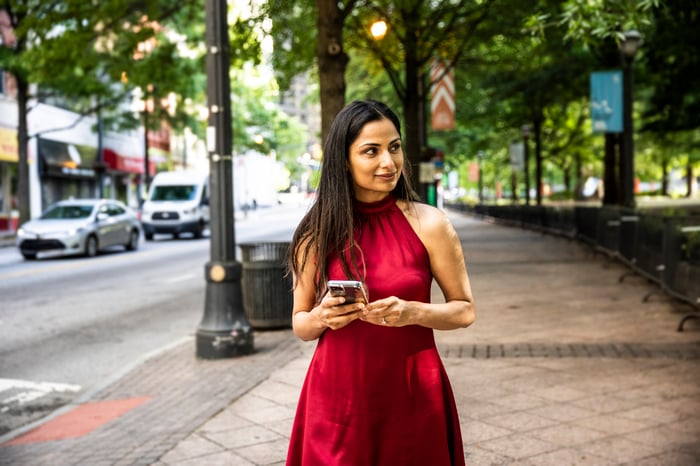 The Vanguard Growth ETF is the second-largest large-cap growth ETF, according to ETF Database, with about $86 billion in total assets. It tracks the performance of the CRSP Large-Cap Growth Index and includes about 285 stocks. The stocks in the index are determined to be large-cap growth based on market cap as well as various screens, including future long-term growth in earnings per share (EPS), future short-term growth in EPS, three-year historical growth in EPS, three-year historical growth in sales per share, current investment-to-assets ratio, and return on assets. The average annual earnings growth rate for stocks in this index is 28% over the past five years.

The iShares Russell 1000 Growth ETF is the third-largest large-cap growth ETF, with about $74 billion in net assets. It differs from the Vanguard Growth ETF in that it tracks a significantly broader swath of the market, as it mirrors the performance of growth stocks within the Russell 1000.

About 45% of the portfolio is in information technology stocks, while 18% is in consumer discretionary and 13% is in communication stocks. It has the same top three holdings as the Vanguard Growth ETF, and its 10 largest holdings make up 45.5% of the portfolio.

These are two of the largest large-cap growth funds and, while they track different indexes, they are very similar in terms of performance. The returns are almost equal over both the long term and the short term. While the iShares fund is more diversified and is slightly less volatile as measured by its beta and standard deviation numbers, the difference is minor.

The one major difference is the expense ratio, which is significantly lower on the Vanguard Growth ETF at 0.04% compared to 0.19% for the iShares fund. So, if I had to pick one, I'd probably go with the Vanguard Growth ETF, based on that key difference. But both have been around a long time, have excellent track records, and are two of the three largest in their class. You can't really go wrong with either.