As MarijuanaMoment.net reports, a panel from the U.S. House of Representatives -- having passed its SAFE Banking Act (a law legalizing banks doing business with cannabis companies) as part of the 2022 National Defense Authorization Act last week -- is now preparing for a vote to "federally legalize marijuana" outright.

Shares of marijuana stocks are responding as you'd expect. Sundial Growers (NASDAQ:SNDL) and Tilray (NASDAQ:TLRY) are both up 4.1% as of 11:45 a.m. EDT today. Canopy Growth (NASDAQ:CGC) is gaining 4.8%, and Aurora Cannabis (NASDAQ:ACB) is leading the pack higher with a 5.9% gain. 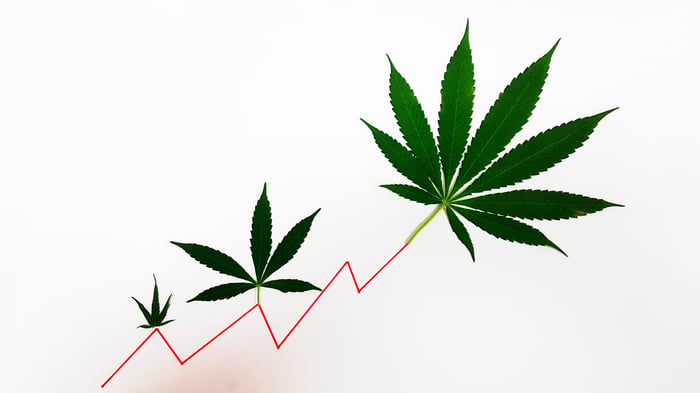 The House Judiciary Committee will begin marking up a "dozen pieces of legislation" Wednesday, according to the report. Chief among them will be the Marijuana Opportunity Reinvestment and Expungement (MORE) Act, which would "decriminalize marijuana federally" by removing marijuana from the Controlled Substances Act. The bill would also create a marijuana tax -- giving even representatives who are waffling on the law a reason to support it: tax revenue.

At the same time, this morning UPI reported on a study conducted under the auspices of the Journal of the American Medical Association, which found that "reported daily use of marijuana did not substantially increase even after recreational use [in states where marijuana has been] legalized," and that "there was not a rise in marijuana use disorder in these states," either -- apparently rebutting media reports of an epidemic of reefer madness that gained attention over the summer.

So that right there gives marijuana investors two reasons to feel optimistic about the prospects for legalization this week. Would you like a third?

Over in the Senate, which must sign off on any law that the House passes, there's been a lot of talk lately about how pro-legalization Senators didn't want to pass the SAFE Act alone, but legalize cannabis entirely, all in one go. If the MORE Act gets passed by the House and sent to the Senate, then this could give those senators the opportunity to do just that.