UPS (UPS 0.73%) finally filled a gaping hole in its business, one that allows the courier to expand beyond just delivering packages. Big Brown announced it was acquiring Roadie, a crowd-sourced same-day delivery company that gives UPS a big boost in staying competitive.

It's a timely purchase as we head into the holiday shopping season, with analysts expecting robust Christmas sales, meaning more package deliveries. But it's also anticipated that local same-day deliveries typically beyond UPS capabilities (meaning goods often not shipped in boxes) will also grow, and Roadie now provides the courier with the chance to get into that space, too. 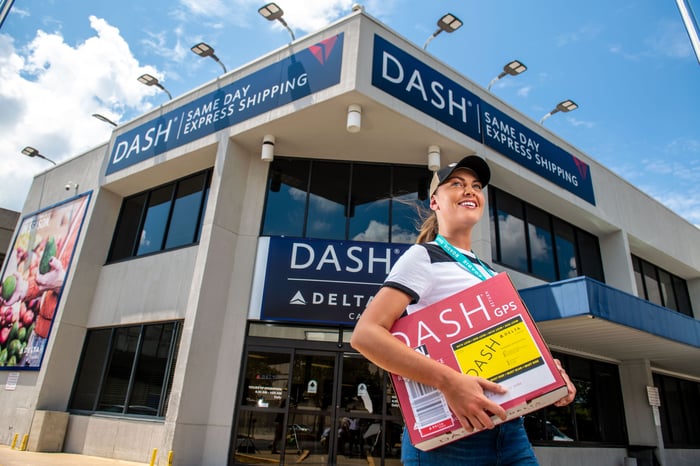 Opening up new channels of opportunity

UPS has been considering how best to get into same-day delivery for years, though it wasn't clear what form it would take: whether it would develop an in-house service or contract out to a third-party provider. UPS wasn't sure, either.

This past summer, CEO Carol Tomé told investors: "We don't have this all the way figured out, but we have a team of people looking at it. There's an opportunity there that will be very different than what we've done in the past."

It seems UPS decided to do both by acquiring Roadie. It gives the package courier in-house capabilities by using a third-party service that it now owns. Roadie will also maintain its own identity, and importantly, the packages the crowd-sourced company delivers won't enter the UPS primary logistics stream. With a system that operates near capacity, especially during the holidays, putting an extra strain on the network with non-traditional goods would only serve to create bottlenecks.

The acquisition also resolves potential issues with its unionized workforce by avoiding conflicts caused by taking volume away from its regular truck drivers. The uniformed UPS drivers will continue delivering boxes as they're accustomed to, and Roadie car drivers will handle non-traditional packages that don't fit into UPS' network because of their size or perishability.

Roadie has grown enormously since it was founded in 2014. It was initially a Southeastern-based gig economy platform that contracted with the ubiquitous Waffle House chain to serve as a drop-off point (you could earn a free waffle and a drink if you downloaded the app and made a delivery). But it has since gone national.

Between 2017 and 2020, Roadie revenue grew 2,157%, which put it on the Inc. 5000 list of fastest-growing private companies in the U.S. Last year, revenue grew fourfold, and it now counts major retailers such as Best Buy, Home Depot, and Walmart as customers.

Today, it has same-day delivery capabilities touching 90% of U.S. households. And with a network of more than 200,000 drivers, Roadie will give UPS' network considerable heft. 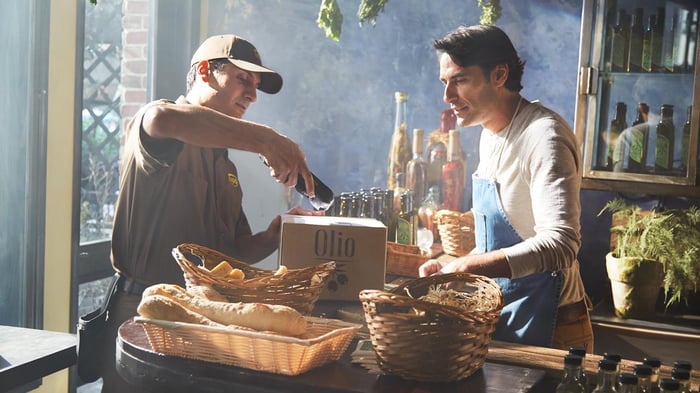 It's an important development for UPS because it puts it ahead of rival FedEx (FDX 0.21%) in same-day delivery, but also allows it to compete effectively against Amazon (AMZN -0.48%), which kicked off the arms race in delivery and is planning on invading its turf of third-party delivery.

Morgan Stanley believes Amazon could launch such a service this year, while DePaul University predicts it will come in 2022. Amazon has all the pieces in place.

It has a massive transportation and logistics operation that would make it a competitor to be feared. It boasts 40,000 tractor trailers, 30,000 vans, 400,000 drivers, a fleet of airplanes, an airport hub for Amazon Air in Kentucky that opened just last month, and a "logistics as a service" product in the U.K.

Exactly what it needs

Same-day delivery has long been a missing piece in UPS growth plans, and the acquisition completes the puzzle.

On the one hand, Roadie is less than half the size of Instacart in terms of the number of drivers it has, meaning it could take time to give UPS the heft in the space it needs and wants. On the other, it has a network of more than two dozen large, established retailers it already works with.

Delivery companies like DoorDash only began doing such deliveries relatively recently. It began delivering groceries for Walmart in 2019, but began retail deliveries just last year with Macy's and added PetSmart this past summer.

Roadie is an established operator with a national footprint, which should allow UPS to hit the ground running in local business-to-business and business-to-consumer delivery. It's not going to launch UPS to the forefront of same-day delivery, but it gives Big Brown a presence it sorely lacked and should make it more competitive going forward.