Will stocks tank in the coming quarter? Maybe. But I won't be losing sleep over that.

Will our next major stock market crash happen before 2021 comes to a close? That's the big question on investors' minds.

In fact, a lot of people are probably losing sleep at the thought of their portfolios taking a hit in the near term. But a stock market crash isn't something I'm particularly concerned about right now. Here's why. 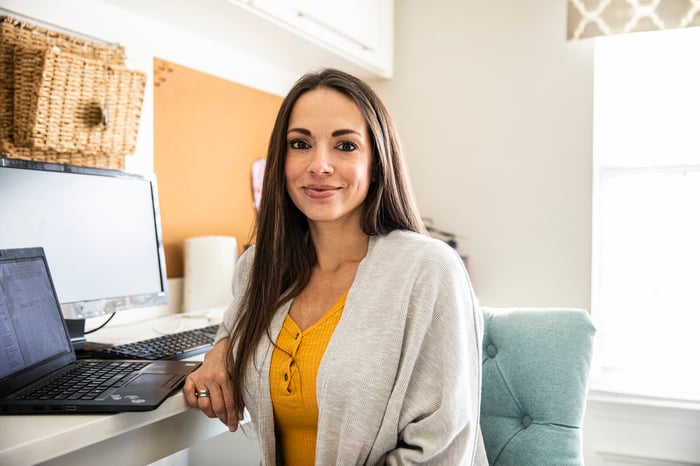 1. There's no guarantee it will happen

When the delta variant sent COVID-19 case numbers soaring over the summer, I was convinced that stocks would tank within weeks of that surge. But that didn't happen.

One thing I've realized is that stock market crashes are quite unpredictable, so sitting around worrying about them isn't a good use of my time. While it's true that stocks may be overvalued right now, that's been true since the start of the pandemic, so there's no real reason to believe we're on the brink of a major decline.

This doesn't mean stocks won't tank this coming quarter. But the way I see it, why stress over something that may not even come to be?

2. I have plenty of cash in the bank

As a parent, homeowner, and self-employed writer with a variable income, I need a nice pile of money in savings to feel financially secure. Most people are advised to sock away three to six months' worth of living expenses for emergencies, but I like to aim for more like a year's worth.

Does that mean losing out on the potential to grow my money? Yes. The interest I get in my savings account is negligible these days, and I know that if I were to invest some of my emergency cash, I'd have the potential to turn it into a much larger sum.

But having a nice pile of money gives me the option to leave my investments untouched when the stock market crashes. And if I don't sell off stocks when they're down, I'll be spared the losses that investors who are forced to liquidate their portfolios will face.

3. I'm not planning to sell my stocks anytime soon

The only way to lose money during a stock market crash is to sell investments when their values decline. But I have no plans to touch my portfolio anytime soon (other than to add more stocks to my personal mix or make adjustments to ensure that my investments are well-diversified).

I'm not on the brink of retirement, and as just mentioned, I have enough cash in the bank to tide me over if a sudden need for money arises. As such, I don't really care if my portfolio loses value in the near term. And I also know that if it does lose value later on in the year, there's a good chance it will recover from that loss once the stock market regains its momentum.

The idea of a stock market crash can be daunting. But rather than worry about one, take steps to protect yourself from that possibility. Make sure you're all set with emergency savings and maintain a nice, diverse mix of stocks and other assets. It's a far better bet than driving yourself into a panic over something that may not even happen in the near term.