Disney's CEO Bob Chapek answered questions about the streaming service at an investor conference in September.

Walt Disney (DIS 0.40%) launched its Disney+ streaming video service in November 2019. Unintentionally, it ended up being incredible timing for a product launch. It was only about four months later that the world entered a pandemic, and the reaction to it ended up creating a surge in demand for in-home entertainment, including the entertainment giant's new offering.

Reaction to the pandemic can partly explain the success of Disney+. Of course, Disney's treasure trove of content that has been popular with families for decades is another reason for the success. But whatever the actual reason, the result has been incredible growth of subscribers over the past 22 months.

But there is some concern that the pace of subscriber growth could slow for Disney+ in the company's fiscal fourth quarter (July to early October). Let's explore why. 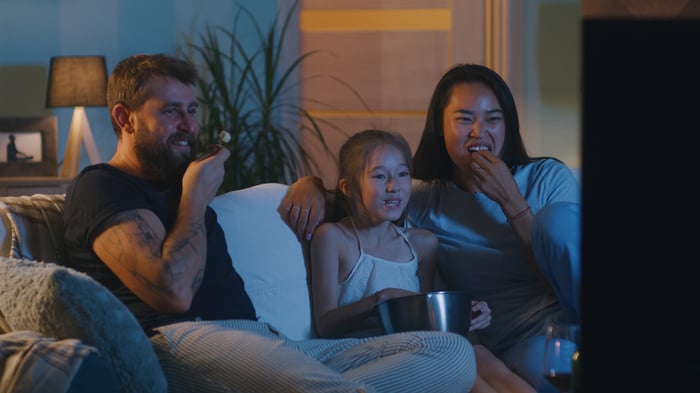 Over the past 11 months, the company has been launching Disney+ across Latin America. That includes 18 markets, covering seven different currencies across six different internet platforms. The rollout of such magnitude is not an easy technical task. Fortunately, Disney has not had any significant technical issues despite the challenging nature of the task.

In late August, Disney began introducing its Star+ streaming service across Latin America. The service, a partial alternative to traditional cable TV that provides content from its networks like FX, Hulu, Freeform, ABC, and several studios, is counted as part of Disney+ and is not offered to U.S. subscribers. However, it is popular among consumers, and Disney has said nearly 40% of its 116 million Disney+ subscribers are from the Star or Star+ brands.

Here's what Disney CEO Bob Chapek said about the Star+ launch in Latin America: "And I think we're seeing pretty much the same thing with Latin America with Star+ is that it's a little slow going in the beginning as we get our partners sort of mobilized and outreaching to their consumers. But at the same time, I think our trajectory is going to change very quickly, just like it did with Disney+."

Interestingly, subscribers in India for Disney+ Hotstar tend to be annual subscriptions. And according to Chapek, the company does not have those on auto-renewal. He was not specific on whether auto-renewal can be implemented in India or if it is not allowed by the local government. Either way, Disney brought on a large cohort of subscribers from the region last year about this time, and those subscriptions are up for renewal. Chapek warned that the phenomena could lead to some subscriber losses through churn as a result.

The good news is that as part of their subscriptions, subscribers in India get access to stream Indian Premier League games. The IPL is a professional cricket league, and cricket is the most popular sport in India. The IPL is set to restart its season after COVID-19 delays, and Disney is hopeful that will be plenty of enticement for consumers in the region to renew their subscription.

Another concern is that the recent rise in coronavirus cases related to the delta variant has forced Disney to pause or adjust some production of new content for the streaming service. An exciting new series or movie could be the difference-maker in getting a new subscriber to sign up for Disney+ or keeping an existing subscriber from canceling the service. Understandably, a pause in production could slow growth in member totals.

The Disney CEO said he expects these headwinds to slow Disney+ subscriber growth to the low-single-digit millions when Q4 results are released in November. Compare that to the 12.4 million subscriber increase announced with the Q3 report. Still, the company expects to achieve its goal of 230 million to 260 million Disney+ subscribers by fiscal 2024.

Investors might want to prepare for the path to that goal to get a bit rougher from here on out, although it's likely to still get there. The company overall has several paths to growing its earnings, although the focus seems to be on streaming of late. Investors interested in owning Disney stock might want to use any sell-offs created by subscription concerns as a buying opportunity on what should be a long-term holding.