If you're after businesses with sizable expansion opportunities, then look no further than these three stocks.

Although the overarching goal of investing is to achieve satisfactory returns, there's certainly no shortage of investing styles out there. Some prefer bargain stocks that sell at cheap valuations, while others seek companies that are quickly grabbing market share in their respective industries.

The latter category of stocks is particularly intriguing, mainly because of how exciting it can be to own shares in businesses that are rapidly expanding. If you like growth stocks, The Children's Place (PLCE -0.25%), Lululemon (LULU 0.59%), and The Trade Desk (TTD 1.55%) are some of the best companies to buy today. 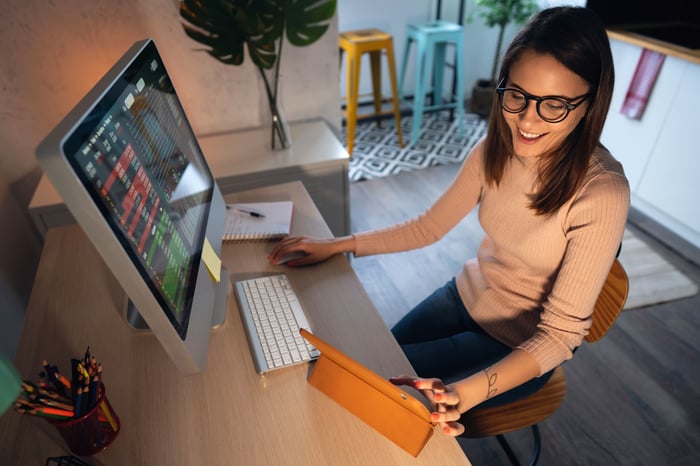 Jeremy Bowman (The Children's Place): If you're looking for underrated retail stocks, it's hard to find a better pick than The Children's Place. Like most apparel retailers, the company was derailed by the pandemic, but it's back on track and posting solid growth. Not only that, but it's trading at a dirt cheap price tag, valued at a price-to-earnings ratio (P/E) of less than 7 based on this year's expected earnings per share (EPS) of $11.24.

Analysts have also grossly underestimated the company's recovery, as it's trounced EPS estimates in each of the last four quarters.

The children's-apparel retailer has taken an unconventional approach. Since 2013, it's been steadily closing stores and converting its business to e-commerce, which has led the business to record results. Digital sales made up 43% of its revenue in Q2 2021, up from 29% in Q2 2019, and more than 70% of that business came through mobile devices.

Management is aiming to bring in 50% of its business through digital channels and has been a leader in its industry in the pivot to e-commerce. Essentially, the company is transitioning from a brick-and-mortar retail chain to an online-apparel retailer, and children's clothes suit the category well, given that parents are often crunched for time and it's easier for kids to try on clothes at home.

The good news for investors is that the company typically makes nearly all of its profits in the second half of the year, thanks to the back-to-school and holiday-shopping seasons. In the second-quarter update, CEO Jane Elfers said, "We experienced a significant acceleration in back-to-school sales during the last two weeks of July, and the third quarter is off to an outstanding start." This bodes well for the third quarter, especially as parents may be eager to spend on school gear after many suffered through a year of schools being closed.

Given that outlook for the current quarter and the single-digit P/E valuation, the stock could bounce significantly higher by the end of the year.

Neil Patel (Lululemon): As a burgeoning athletic-apparel brand, Lululemon has registered impressive revenue and profit growth of 182% and 288%, respectively, over the past five years. In an otherwise mature and steady industry, this kind of performance is remarkable.

The business had another stellar quarter in Q2, exceeding Wall Street's expectations for both the top and bottom lines. Management also raised full-year guidance, forecasting sales of $6.23 billion and EPS of $7.21. The stock popped 10% on the news.

What started as a business selling yoga pants to women has now transformed into an extremely popular apparel brand for anyone. Over the past two years, growth in the men's category outpaced that of women's. And Lululemon is on track to achieve its goal (set in 2018) of doubling the men's business this year.

There are other growth levers the company can pull. CEO Calvin McDonald thinks international sales, which accounted for 14% of total business in fiscal 2020, will one day equal North America. Lululemon is betting big on this strategy, as the vast majority of its new store openings (35 to 40) this fiscal year will be in foreign markets. 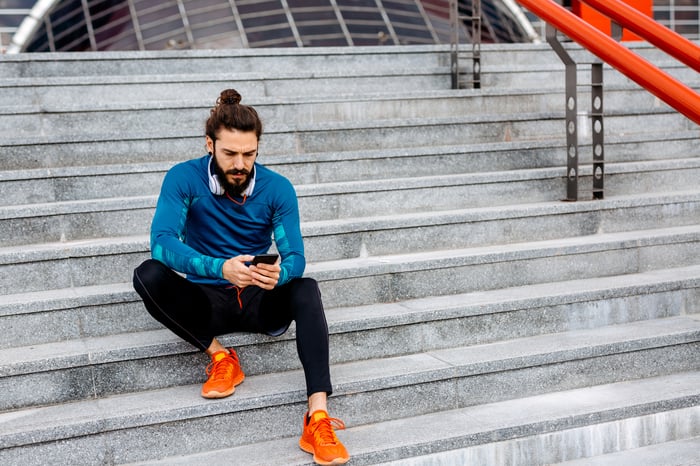 And don't forget MIRROR, the at-home fitness company that Lululemon purchased last year for $500 million. Working out from the convenience of one's home became increasingly popular thanks to the pandemic, and Lululemon now has a legitimate product on the market.

"We're playing the long game and have much to unlock in the coming years. We're also excited about how MIRROR can be the vehicle through which we offer long-term benefits to our guests, such as membership programs and special experiences," McDonald said on the Q2 earnings call. MIRROR shop-in-shops are now in 150 Lululemon stores, with more on the way.

Because Lululemon sells its merchandise primarily through its website and company-owned stores, it has the ability to control how its brand is perceived with consumers by having a tight grip on inventory and avoiding price markdowns. Direct-to-consumer sales, representing 41% of revenue in the quarter, and gross margin of 58.1%, highlight just how powerful the brand really is. And it's a key differentiator the company has when compared to rivals like Nike, Under Armour, or Adidas.

This stock has been a huge winner for investors, but I think there's still a long way to go. Expect the athleisure pioneer to continue thriving in the years ahead.

Eric Volkman (The Trade Desk): The scope and demand for digital advertising is only going to grow, and robustly so over the coming years. The Trade Desk, a company that operates a dedicated and highly convenient platform for advertisers wanting in on the medium, is the perfect stock to take advantage of this potentially explosive opportunity.

Correction: That market is already expanding fast, and the company has done a solid job capitalizing on the opportunity. In less than half a decade, specifically from 2016 to 2020, The Trade Desk's revenue more than quadrupled (to over $836 million in the latter year).

With light expenses as an advertising-services provider with an established software platform, The Trade Desk is very profitable. Across the same stretch of time, net income leaped from just under $20.5 million to more than $242 million. Net margins also improved dramatically, rising from 2016's 10% to almost 30% last year.

Meanwhile, the company's long-term debt ($255 million as of the end of June) is manageable, considering it had nearly twice that number in cash on its books. It also had more on the way, as it's cash-flow positive. Trailing 12-month free cash flow (FCF) was more than $321 million.

Investors might be a bit shy around The Trade Desk these days because of the fuzzy guidance it proffered in its most recent quarterly-earnings report. Admitting that, "Like many companies that are ad-funded, we are facing a period of higher uncertainty in our business outlook," the company provided only limited estimates for its current quarter.

Still, these look encouraging, as it's anticipating at least 30% year-over-year growth in revenue and roughly the same for adjusted earnings before interest, taxes, depreciation, and amortization (EBITDA). Even in times of uncertainty, then, The Trade Desk is certain its headline numbers will rise at envious rates.

According to next-generation market-research company eMarketer, total global spend on digital advertising will grow by 42% from 2021 to 2024. This is still a young market and the runway is long; one company that looks set to ride it to ever-higher profitability is The Trade Desk.

Why Children's Place Stock Was Sliding This Week
357%