Some commentators argue its previous Wisconsin factory plan is a red flag about its current moves.

Now that struggling electric vehicle manufacturer Lordstown Motors (RIDE -4.65%) has sold most of its Lordstown factory in Ohio to Taiwanese electronics manufacturer Foxconn (FXCNF -4.09%), the question arises whether Foxconn is a viable partner for the EV maker's strategy.

Foxconn, after all, previously planned a $10 billion facility in Mount Pleasant, Wisconsin, in 2018. Three years later, the factory hasn't been built and the site remains mostly idle. Investors may be wondering if the same thing will happen with the Lordstown Complex plant, but there are at least some indications the outcome will be more positive here.

After nearly running out of money while attempting to put its Endurance electric pickup truck into production, Lordstown Motors recently started preparing to sell most of its huge factory to Foxconn for $230 million. Lordstown originally acquired the assembly plant from General Motors in 2019, using a $40 million loan supplied by GM itself.

Lordstown, strapped for cash, wants to sell everything except for its hub motor assembly line and a battery production line. Foxconn, in turn, will pay $230 million, gain 1.5 million shares in Lordstown Motors, and partner with the EV maker to actually manufacture its Endurance pickups, along with future models. The two partners haven't officially inked a contract yet but have a nonbinding agreement in principle and seem to be moving forward with the plan. 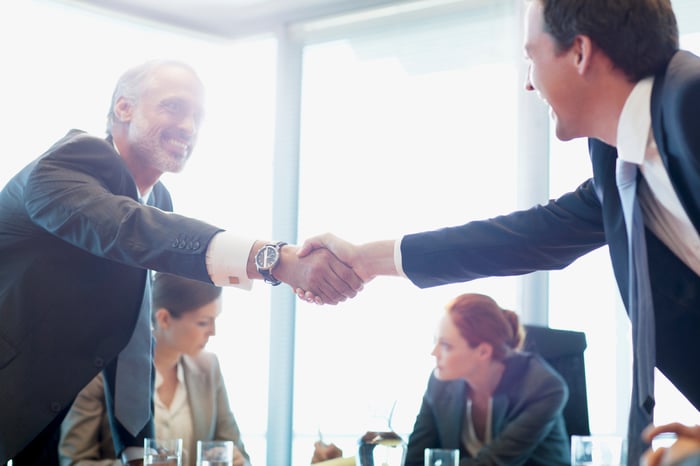 The plan as outlined has at least a slight chance of reversing Lordstown Motors' declining fortunes and actually getting its Endurance trucks rolling off the assembly line. But Foxconn's apparent abandonment of its huge Mount Pleasant project of a few years ago raises another question: Even if the plan is feasible, is Foxconn reliable enough to carry it out, or did Lordstown pick an undependable partner?

What happened in Mount Pleasant

In order to understand what is going on with the Lordstown Complex, it's first necessary to take a look at what Foxconn did regarding its previous factory, to see whether there are parallels between the two. In 2018, Foxconn announced its intention to build a $10 billion LCD screen factory in Mount Pleasant. The Wisconsin state government offered $4 billion in tax breaks as an incentive once Foxconn said the site would hire approximately 13,000 workers.

The Mount Pleasant village board declared 2,800 acres blighted to enable the bulldozing of residences under eminent domain, while the Racine County government spent approximately $400 million prepping the four-square-mile area for the anticipated complex.

In the end, however, Foxconn ended up building a much smaller facility, which currently stands empty except for use as storage. Out of the $10 billion the company originally earmarked for investment in the site, it actually spent approximately $300 million. The 13,000 jobs failed to materialize.

While some commentators have suggested the project was a boondoggle on Foxconn's part, the company did not receive billions in taxpayer money, as some people apparently believe. The benefits it was to receive were tax breaks on actual operations, relief it has not received because of the lack of actual activity at the site.

In fact, it is quite possible Foxconn's use of the Mount Pleasant site hasn't been permanently ended, only delayed until a suitably profitable use emerges. Activation of the facility may be coming soon, with Foxconn stating it potentially plans to build the Project PEAR (for Personal Electric Automotive Revolution) vehicle with another of it EV partners, Fisker (FSR -9.69%), in Wisconsin.

This could bode well for the Lordstown Complex's future, too: It shows Foxconn isn't simply a loose cannon, randomly buying properties and then abandoning them, but rather a pragmatic business, capable of long-term planning, that acquires manufacturing sites with the real determination to use them sooner or later.

Will Foxconn come through for Lordstown Motors?

Arguably, while the Mount Pleasant project was a fiasco for the politicians who endorsed it at the time, it doesn't indicate any unreliability on Foxconn's part. The move appears to be hard-headed and shrewd, potentially beneficial traits for a Lordstown Motors partner.

On the other hand, this shrewdness could prove a double-edged sword, depending on exactly how Lordstown Motors negotiates its partnership. Investors should keep a sharp eye on the exact terms in the eventual contract, if the alliance continues. If the final agreement is too lopsided in Foxconn's favor (for example, by transferring ownership of the Endurance pickup to the Taiwanese company), then the deal will likely not result in the restoration of Lordstown's fortunes after all.

Foxconn cited apparently solid reasons for its Lordstown Complex purchase in a Sept. 30 statement, saying, "Existing automobile manufacturing facilities, infrastructure, employees, and location in Ohio with robust supply chain resources will give Foxconn speed to market that meets our customer's needs for production by end of 2023." Acquiring a turnkey factory for $230 million rather than continuing the development of a $10 billion Wisconsin facility looks like a savvy move by Foxconn and is likely to get Lordstown Motors' vehicles into production faster, if they're ever built at all.

Lordstown's decision to ink a deal with Foxconn is a potentially positive choice, if rather desperate, under the circumstances. A cash infusion, plus its alliance with a company with deep pockets and at least some manufacturing experience (even if it's in a very different market) could potentially prove to be bullish developments for this struggling company among EV stocks.

On the other hand, if the eventual deal is too unequal and gives too much of an upper hand to Foxconn, it could be disastrous for Lordstown Motors despite the latter's 11th-hour effort to save itself from bankruptcy. At this point, the situation is not yet hopeless and appears to be worth watching -- though with caution.