A recent survey of 10,000 teenagers and their favorite consumer brands can have implications for your portfolio.

Piper Sandler releases its Taking Stock With Teens survey twice a year, and investors can find some valuable nuggets of information by looking at the findings. Categories like clothing and footwear, beauty, technology, and entertainment are covered, pulling back the curtain into the minds of how the lucrative Gen Z demographic views its favorite brands.

Food is another section that's ranked. Among the group of top five restaurants in the fall survey, Chipotle Mexican Grill (CMG 0.10%) and Starbucks (SBUX -0.05%) make the list. Here's what you need to know about these popular chains. 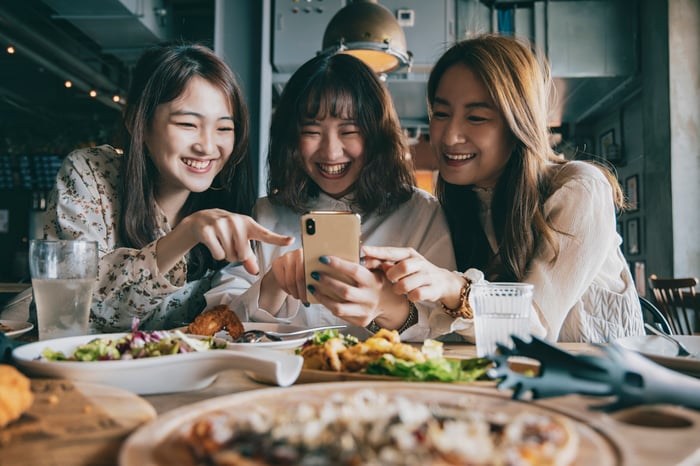 Five percent of teens picked Chipotle as their favorite restaurant, which is a solid place to be for the Tex-Mex restaurant chain that currently operates 2,853 locations. Revenue in the second quarter increased 32% compared to Q2 2019. And during this time, net income more than doubled.

Having strong interest from such a young consumer base gives Chipotle the valuable opportunity to gain lifelong customers. The company's focus on enhancing the digital ordering experience is a big reason why teens, who are more technologically savvy than older demographics, love the brand. As of June 30, the business had 23 million rewards members in its system who can order menu items for delivery or pick-up. "With this large base of consumers, Chipotle can distribute its own content, more and more effectively, and drive deeper levels of engagement within this community than ever before," CEO Brian Niccol mentioned on the latest earnings call.

During the most recent quarter, digital sales accounted for nearly half of all revenue. And of the 56 new restaurants opened during the three-month period, 45 were built with a drive-through, known as a Chipotlane. According to management, these convenient locations increase new restaurant sales, margins, and returns.

Besides focusing on technology, I think another reason Chipotle does well with teens is introducing new menu items. Niccol again: "Another important pillar of our marketing efforts is a steady stream of new menu innovation, with a cadence of on average about two to three per year." Items like cauliflower rice, brisket, and quesadillas can certainly drum up interest and frequent visits.

Over the past five years, Chipotle's stock has risen 326%. But based on management's long-term forecast of 6,000 stores in North America, there is plenty to like about the stock today. Teens love the company, and so should you. 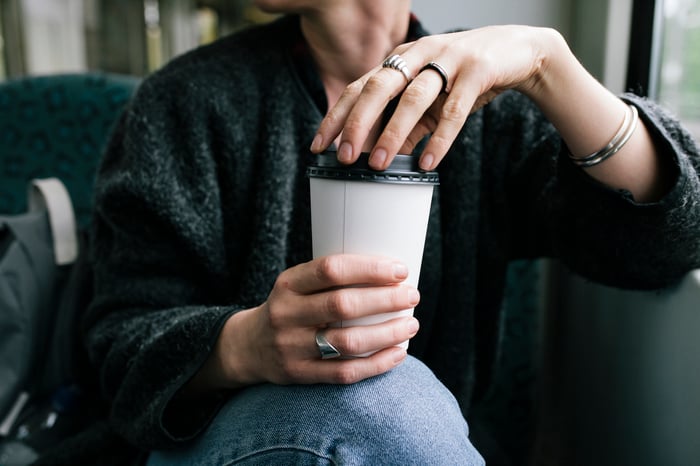 Starbucks: Gaining from the world's love of caffeine

Of the 10,000 teens surveyed by Piper Sandler, 10% chose the behemoth coffeehouse chain as their favorite restaurant. This figure puts Starbucks second behind only Chick-Fil-A, the burgeoning privately held fast-food joint with a chicken-based menu. Starbucks generated record sales of $7.5 billion in its fiscal third quarter as pandemic restrictions loosened and the world started to reconnect again.

Like Chipotle, being able to attract a young demographic by having them build spending habits around your brand is a key growth driver. As of June 27, Starbucks counted 24.2 million active rewards members in the U.S. This group is extremely valuable to the business because it helps to promote repeat purchases. In the last quarter, 51% of sales at U.S. company-operated stores came from loyalty members.

"With drive-thru representing 47% of transactions and mobile ordering for in-store pick-up, delivery, or curbside at 26% of transactions, we are leveraging all channels to better serve our customers," CEO Kevin Johnson pointed out in the Q3 earnings call. Being able to serve consumers in ways most convenient for them and that fit their busy lifestyles is table stakes in today's competitive environment.

What also helps Starbucks pique the interest of teens is a constantly evolving menu. For example, in addition to the popular Pumpkin Spice Latte, this fall Starbucks also introduced the Apple Crisp Macchiato. Buying these drinks certainly makes for social media-worthy photos for younger caffeine enthusiasts. And because Starbucks is viewed as a premium product, it's a brand consumers identify with and want to show off to others.

Management believes that by 2030, Starbucks will have a whopping 55,000 locations worldwide. This would make it the largest restaurant chain by the number of locations. Being more accessible to its customers, and particularly to teenagers, has been and will continue to be a winning strategy for the business.