The e-mobility company signed an interesting sport-related streaming deal, but the market may have fumbled its response.

Shares of Helbiz (HLBZ -2.68%) soared by as much as 22.5% on Thursday after the maker of electric scooters, bicycles, and mopeds announced it had signed a deal with the National Football League to stream the league's content on its Helbiz Live platform in Italy. At the close of trading, shares were still up by 8.6%.

Among the content Helbiz says it will broadcast are 30-minute weekly highlights shows, football-themed stories hosted by former Colts and Bronco's quarterback Peyton Manning, and documentaries. The shows will be included in its regular programming at no additional cost to subscribers.

Helbiz Live is an Italian streaming service that broadcasts the country's Serie B soccer league. Serie B is the second-highest division in the Italian soccer league behind Serie A, and has been operating for over 90 years. 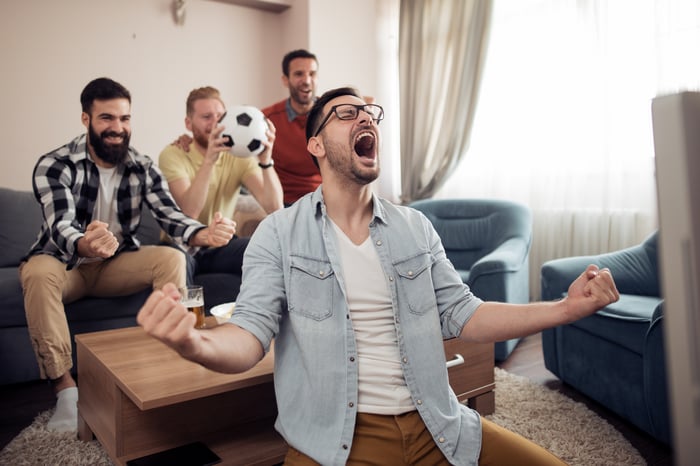 While this partnership with the NFL is interesting, no financial terms were made public, and American-style football is not nearly as popular as soccer in Italy. The country is one of the most successful in World Cup play.

It's not really clear that this deal will do much, if anything, to boost Helbiz's e-mobility business. Wednesday's announcement that it had acquired exclusive rights to broadcast German Cup soccer matches in Italy probably provides a greater incentive for people to subscribe than does this NFL agreement.

Particularly because the NFL content Helbiz is gaining does not include any actual gameplay (another streaming company, DAZN, holds exclusive rights to stream NFL games in Italy), but merely highlight reels and shows about the sport, it would not appear to justify much of a boost in its share price -- and certainly not one as large as traders gave it Thursday.