Shareholders are fired up about a new deal with a streaming titan.

Shares of Helbiz (HLBZ -4.20%) surged on Tuesday after the company announced a streaming partnership with Amazon (AMZN 0.33%). By the close of trading, Helbiz's stock price was up 96.6% after soaring as much as 191.6% earlier in the day.

Helbiz has the global distribution rights to the Serie B, a popular Italian football league. The company struck a three-year deal with Amazon to make its new streaming service available via subscription on Prime Video Channels in Italy. 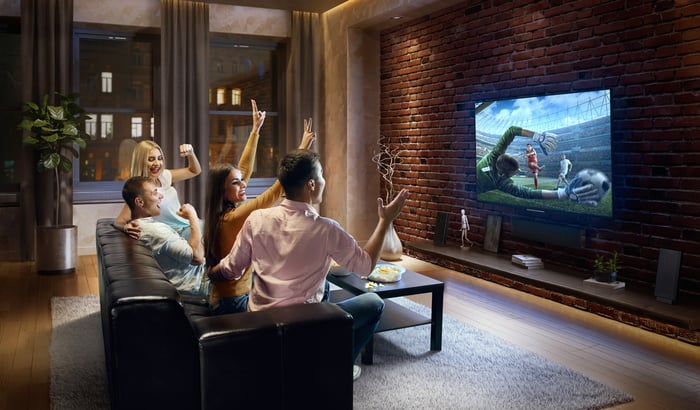 Under the terms of the deal, Helbiz Live subscribers will gain access to all Serie B regular season and playoff games over the next three seasons.

Helbiz has been lining up streaming distribution deals in recent weeks. The company recently partnered with FOX Networks Group to broadcast the Italian Serie B championship in the U.S. and the Caribbean.

Investors have applauded Helbiz's media partnerships. Its stock, in turn, is up a staggering 252% over the past month.

The deal will also help Amazon expand its sports-related coverage. In addition to soccer matches, the streaming giant is seeking to make more American football games available to Prime members. Earlier this year, Amazon agreed to pay roughly $1 billion per season to stream the National Football League's Thursday Night Football games. The e-commerce titan is also reportedly planning to acquire the rights to the NFL's popular "Sunday Ticket" package, according to CNBC.