Existing shareholders are about to get diluted in a big way.

The micro-mobility company, which also boasts a streaming video business, cratered after the company announced the details of a primary and secondary stock sale to cover underlying warrants related to its recent SPAC deal. 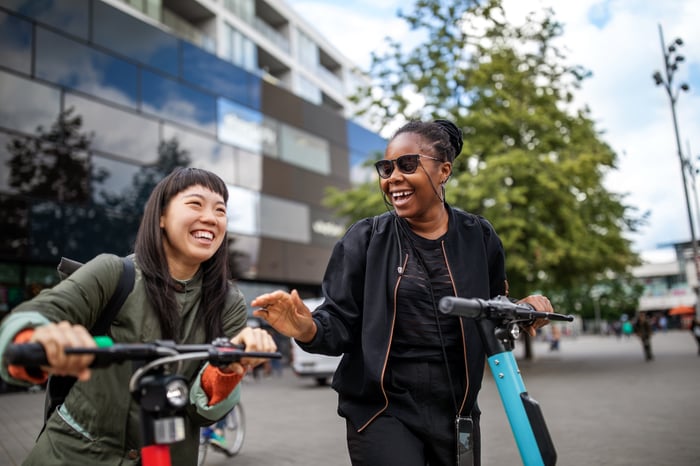 Helbiz announced that its S-1 registration statement submitted to the Securities and Exchange Commission (SEC) had been declared effective, clearing the way for the company to sell a significant amount of Class A common stock.

In a recent filing, Helbiz said it would sell a total of 11,050,000 shares of stock to cover exercisable warrants issued in connection with its special purpose acquisition company (SPAC) business combination in August. Warrants allow holders to buy shares at a predetermined price after a specified period of time.

As part of the SPAC deal, Helbiz raised additional money by selling "private investment in public equity," or PIPE warrants, to institutional investors. The company then issues shares to cover the exercise of those warrants.

Helbiz said it expects the public warrants to be exercisable "over the next couple of days."

To give this sale context, Helbiz had a total of 29,507,289 shares outstanding as of Sep. 20. This means existing investors will have their ownership share diluted by roughly 28%. Investors are also likely concerned that the flood of additional shares on the market will reduce demand.

This shouldn't come as a surprise to investors that have been paying attention. Issuing warrants is a common practice for companies using a SPAC vehicle to go public, and this was part of Helbiz's plans all along.