This company had an astronomical run the past six months, but there is plenty more growth ahead.

Shares of the cloud provider DigitalOcean (DOCN 2.77%) have skyrocketed recently, soaring over 110% in just the past six months. Its valuation has also jumped from below 12 times sales in July to 20 times sales today. After this jump, some investors worry about how much growth potential this company has left.

The answer? A lot. The company has made important moves to justify its run, but the company still has plenty of potential ahead because of how many waves it is making in its industry. 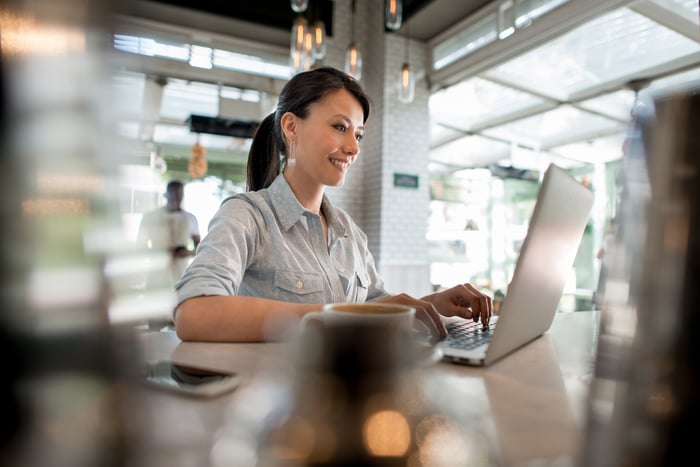 DigitalOcean's primary focus is simplicity. Unlike many cloud platforms like Amazon's AWS, Microsoft's Azure, or Alphabet's Google Cloud, DigitalOcean focuses on a few critical cloud-based applications. These applications include managed databases, droplets, and app platform building, which are typically all that SMBs need. Its unique and unmatched focus on simplicity for its SMB customers has caused the company to see strong adoption -- the company passed 600,000 customers in the second quarter of 2021 -- which is partly why the stock has jumped.

The other reason for its surge was its strong second quarter, which fueled nearly 60% of the stock's growth. In Q2 2021, the company reported 35% revenue growth and 58% gross profit growth from the year-ago period -- reaching $104 million and $61 million, respectively. This puts its gross margin at 59%, which is an increase from the year-ago quarter when its gross margin was 55%.

The company is also on the verge of profitability: Its net loss during Q2 2021 was just $2.2 million. Its net income margin was negative 2% for Q2 2021 -- an improvement from negative 3.6% in Q2 2020. The net loss was driven primarily by its high research and development expenses, so the company is currently trading profitability for future product growth and expansion. The company has generated $10.5 million in free cash flow, so that net loss can be subsidized by its cash generation.

Plenty of room to continue growing

Even after this significant growth, the company has room to expand. The IDC estimates that the Infrastructure-as-a-Service market will grow to $116 billion in 2024, meaning a booming arena for DigitalOcean. The company also has a target customer base of over 14 million customers in the U.S. and 100 million globally -- meaning that DigitalOcean has just 4% of its target domestic customer base and 0.6% of its target global customer base.

The company also sees growth opportunities in expanding its product ecosystem. DigitalOcean's products are already strong; Customers are spending an average of 25% more in Q2 2021 than they did in Q2 2020. If the company can continue expanding its offering and convince its customers to use the new offerings, its net retention rate -- which is currently 113% and has increased from 103% in 2020 -- will continue to improve.

The company's recent acquisition of Nimbella -- a serverless cloud provider -- in September for an undisclosed sum is a perfect example of its growth strategy. This acquisition walks the fine line that the company needs to take when adding offerings -- expanding its offerings while still remaining a platform that is simple. "People want to access the benefits of serverless capabilities without a significant learning curve," CEO Yancey Spruill says. "Nimbella provides all of this with the same simplicity and open source software standards that are core value propositions for DigitalOcean."

How risky is this?

There are plenty of risks that you should consider before investing in DigitalOcean, the major competition it faces being the primary risk. While DigitalOcean is currently differentiated from AWS, Azure, and Google Cloud, any of these providers could decide to focus on enhancing their pre-existing platforms that are made specifically for the SMB market, which would hurt DigitalOcean. The only thing that is on DigitalOcean's side is that customers love its offerings. The company's Net Promoter Score -- a score that values customer satisfaction on a scale of -100 to 100, with 70 being considered "world-class" -- is 65. This high customer satisfaction would likely make it harder for a competitor to steal DigitalOcean's customers.

The company has an eternal problem of successfully walking the fine line between product expansion and delivering an easy-to-use platform. Even considering these risks, its growth opportunity within the SMB market is incredible, and it has been proving itself through past performance. This past performance has impressed analysts who estimate that the company's revenue will surpass $420 million for 2021 -- which is on the high end of DigitalOcean's own guidance. This should give investors confidence in the long-term success of the business, which is why I think DigitalOcean is still worth buying today despite its valuation, risks, and recent run-up.

Why I Bought This Promising Cloud Computing Stock
405%