It's not easy finding the stocks that generate life-changing returns. But there are clues to help you find them.

We all dream about stocks that turn a modest investment into life-changing wealth. But for many, it stays a dream; there are thousands of publicly traded companies, and it's so hard to find the one that's the next Amazon, let alone find it before the whole world already knows about it.

But there are lessons we can take from the stocks that did go on to become the dominant companies we idolize. Here are five traits that I've found most stocks to have that go on to 10X returns and beyond.

1. A founder at the helm

The founders of the world's greatest companies are nearly celebrities in their own right. Jeff Bezos and Amazon, Mark Zuckerberg and Facebook, Elon Musk and Tesla. Founders are builders, and a high-quality business is a reflection of its leadership. I would argue that a company's management is its most important trait. 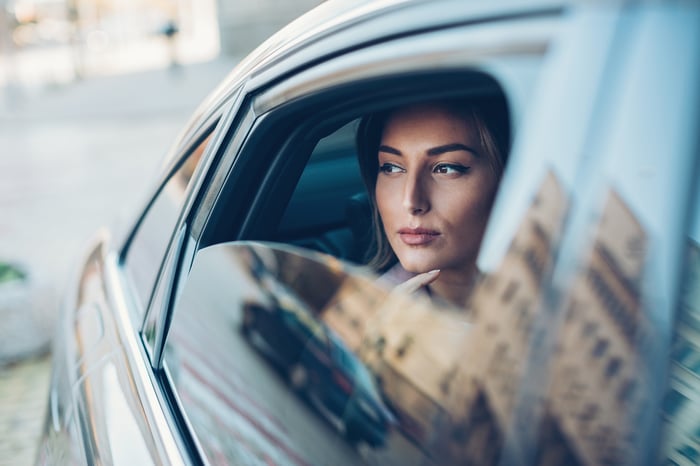 A study by Brain & Company tracked stocks of founder-led companies from 1990 through 2014 and found that they typically outperformed other companies three to one. Why might this be? A business takes years of growth to reach the public markets. From a company's early days of operating in someone's garage to its joining the Fortune 500, the founder is the visionary. Nobody cares more about a business than the person who conceived it from idea to reality. Those are the people you want to put your money in.

Sometimes it feels good to be the big fish in a small pond, but we are looking for oceans when we're talking about 10X stocks. A business can sell the world's most fabulous product, but if it's a product that's useful to only a few people, the company will never grow to be very big.

We want to find substantial addressable markets: Big problems that many people have are the best opportunities for companies to grow over the long term. Apple is a $2.3 trillion company because it has nearly 8 billion potential customers worldwide and has been able to sell the iPhone to many of them.

If you want to find the next Apple, look for companies with many potential customers. Huge industries include healthcare, fintech, real estate, and e-commerce, industries through which trillions of dollars flow.

3. A path to making money

Rapidly growing companies often show negative earnings; they take all their cash from the business and reinvest it in the company to fund growth efforts. What's important is whether the business can be profitable eventually, which we can determine by looking at profit margins.

Different types of businesses will generate different margins, so there isn't a hard number to look for. Instead, I look for a company generating operating income, making profits before things like sales and marketing expenses are factored in.

We want to see a profitable business underneath the surface so that revenue grows and eventually begins to outpace what the company spends on sales and marketing, etc. This will ultimately enable the company to generate positive earnings.

We want to avoid one-trick ponies and instead focus on businesses that can make money in various ways, such as through expanding into new markets, selling new products, or entering new business categories.

Upstart, a company that began with personal loans, has expanded into automotive loans and can still grow, for example by entering mortgages. Peloton built its company on its exercise bike but is now selling new equipment and branded apparel.

A flexible business that also operates in a large addressable market can be a lucrative stock. If you want your investments to continue to grow for years to come, make sure they have different levers to pull to create that growth.

This is arguably the most subjective trait on this list because small, emerging companies often don't yet have a clear competitive moat. They are often disruptors, threatening the status quo and the incumbents of a given industry.

So when you're looking for a potential 10X stock, look for a competitive advantage, an "X-factor" that makes the company different. It might be a cultlike brand, a new product or service category, or a cutting-edge technology; these are things that make it difficult for competitors to threaten a business.

If you can find a visionary founder growing an innovative and profitable company with a significant market opportunity and a competitive advantage, you have the makings of a potential 10X stock. The hard part is being patient enough to hold it while it grows over the years ahead.