Netflix reported better-than-expected subscriber growth in Q3, and that could be good news for Disney.

For that reason, information delivered in the Netflix earnings release could contain valuable insights for Disney's streaming segment. 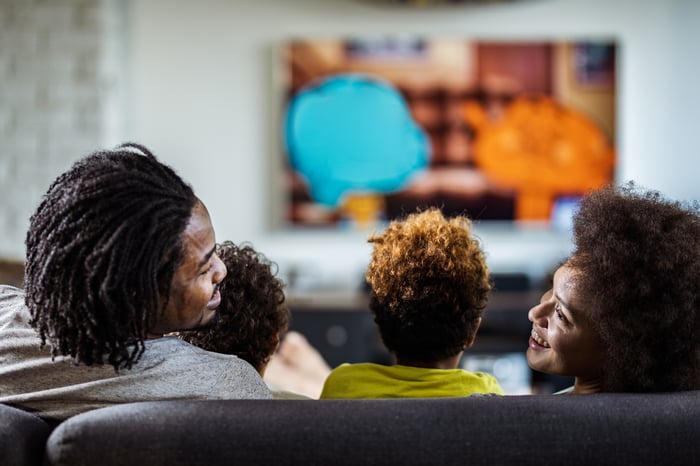 Interestingly, Netflix reported better-than-expected subscriber growth of 4.4 million in fiscal Q3. The figure was the highest number of additions since Q4 of fiscal 2020. The onset of the coronavirus pandemic led to a surge in demand for in-home entertainment, and streaming content providers experienced a surge in sign-ups as a result. There was a risk that as economies reopened consumers would cancel subscriptions they added during economic lockdowns. So far, that is not playing out, and Netflix's acceleration of subscriber growth is good news for Disney.

Additionally, the cadence of subscriber growth was also a good sign for Disney. Here's what Netflix CFO Spence Neumann said about how the quarter progressed.

"And then as the quarter continued into September, we saw acceleration in our growth, which is what we had been hoping for and expecting, but it was good to see as we got into the strength of our schedule."

So why is that a good sign for Disney? During an investor conference on Sept. 21, Disney CEO Bob Chapek warned investors that Disney+ was facing headwinds and would report slower growth in the service. Chapek said folks should look for Disney+ to see subscriber growth of low-single-digit millions in its fiscal fourth quarter. However, if Netflix management reported experiencing an inflection point in September, Disney could have benefited from the increasing appetite from consumers.

How important is the streaming segment to Disney's stock?

Disney's stock is down 5.5% year to date. That's despite the progress in the world's fight against the coronavirus pandemic. Nearly 7 billion vaccine doses have been administered, and they have the desired effect -- fewer people are getting hospitalized and dying from COVID-19. Economic lockdowns to slow the spread of the virus are being lifted, and businesses are reopening.

For The House of Mouse, that means all its theme parks are welcoming guests again, its movies are hitting the big screen, and its hotels are hosting guests. Engines of billions in revenue and profits are back up and running. Still, Disney stock is down because reopening economies lower consumer demand for in-home entertainment and thus lowers subscriber growth in its streaming services.

In stark contrast to 2021, Disney's stock increased by 25% in 2020, during a time when several of its lucrative businesses were temporarily shut down. However, with hundreds of millions of people at home due to economic lockdowns, its streaming services experienced rapid growth.

It appears the market is placing primary importance on Disney's streaming segment. Therefore, the good news from Netflix's earnings report could have a sizable impact on Disney stock if it, too, reports better-than-expected streaming subscriber growth.