Streaming content giant Netflix (NFLX 0.60%) has many significant numbers, but arguably none are more crucial than its subscriber figures. The company relies 100% on member subscription fees for revenue, unlike some other streaming providers that get a part of their revenue through advertising sales and other operations.

For that reason, subscribers are an essential element of Netflix's business. That's why 3.5 million could be the most critical number for Netflix right now. 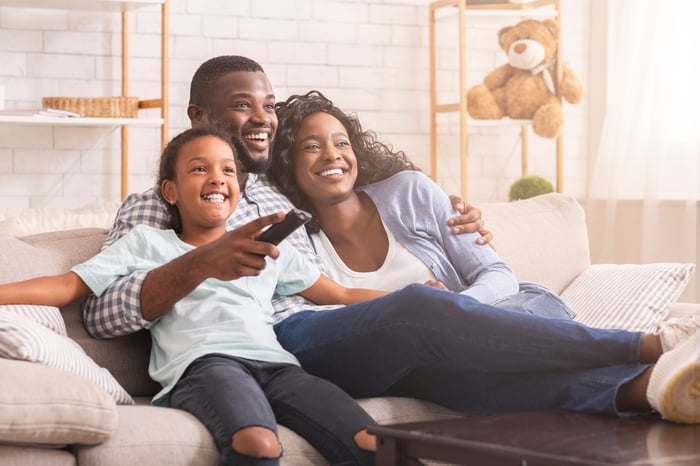 Subscribers are crucial for Netflix

Netflix boasts an impressive, industry-leading total of 209 million paying subscribers. The next closest is The Walt Disney Company (DIS 0.43%), with a total of 174 million across all three of its streaming services (Disney+, Hulu, ESPN+). Counting just one service, Disney+ is the next closest at 116 million. Netflix has spent years building this advantage, while Disney and others are only recently making a serious effort to attract streaming subscribers.

Here is where the 3.5 million figure gains its importance. That's the estimated total net subscriber additions Netflix is guiding for its fiscal third quarter. If the company indeed meets that estimate, it could further its subscriber lead in the short term.

Disney's CEO warned investors that the company's subscriber additions in the current quarter would stop in the low-single-digit millions, which is disappointing in light of much stronger gains in recent quarters. Even though The House of Mouse launched Disney+ as recently as November 2019, it is gaining traction rapidly and closing the gap against Netflix.

In its most recent quarter, Netflix reported revenue of $7.4 billion, which annualized would be $29.6 billion. That's a large base of cash the company can use to create content. And after all, content is what attracts viewers to streaming services. So adding subscribers helps power the company's flywheel. Indeed, here is how Netflix management thinks about using its revenue to invest in the long-term growth of the business:

For any given future period, we estimate revenue, and decide what we want to spend, and how much margin we want in that period. Competitive pressures in bidding for content would lead us to have slightly less content than we would otherwise, rather than overspending. The same is true for our marketing budget. The output variable is membership growth that those spending choices influence.

Therefore, if subscriber growth is slower than expected, it could lower Netflix's ability to spend on content, further decreasing subscriber additions in a negative cycle.

Netflix has historically been in the business of streaming movies and episodic series. Recently, it indicated its intention to offer gaming to subscribers at no additional costs. Netflix started offering it to members in certain countries, and receiving an extra benefit as part of a subscription while paying the same price should increase the customer's perceived value. The effect could be stronger customer retention, and perhaps it could help Netflix acquire new customers who are gaming enthusiasts.

Further down the line, Netflix could increase membership prices because it is offering more services. This development is still in the early stages, so it remains to be seen which direction Netflix goes with gaming.

Overall, subscribers are the lifeblood of Netflix's business, and that's why the 3.5 million estimated subscriber additions could be the most important number for Netflix right now.