Netflix (NFLX -0.27%) reported third-quarter earnings last week that revealed better-than-estimated subscriber growth. Popular hit show Squid Game had a part to play in the outperformance, no doubt. The Korean language show is reported to be the most-watched series on the platform ever.

Management was thrilled by the success of the show and its outperformance in subscriber growth. The fact that Netflix is retaining and even adding subscribers even as economies are reopening is a relief to shareholders and management alike. But can Netflix keep this up? Does it have another Squid Game-level bit of content to keep subscribers interested? 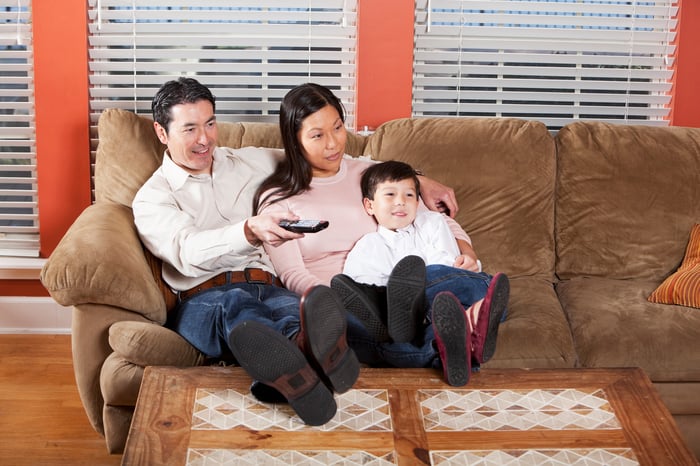 Another Squid Game is inevitable

Fueling the outperformance in the quarter was the surprise popularity of one of Netflix's hit shows, Squid Game. But this is not the first time Netflix has produced a hit show. Netflix is rapidly climbing the learning curve (getting better with more practice) and it's likely the company will soon have another hit show or movie to keep subscribers interested.

Hit shows can attract new subscribers to the service and keep current subscribers engaged. If Netflix does not support the content engine turning out multiple hits every year, existing subscribers could start moving on to a new service. To that end, management noted that it would have a heavy slate of new content coming on the site in the fourth quarter. COVID-19-related disruptions slowed the content rollout in the first half of the year, shifting it more into the fourth quarter.

Management estimates that Netflix will add 8.5 million subs in the fourth quarter, which would match the growth it achieved in the same quarter last year. Netflix's continued growth amid reopening economies is easing concerns. Some investors worried that as people got vaccinated and had more options for their time and money, they could cancel their Netflix subscription. So far, that is not playing out.

Even better for shareholders and subscribers to Netflix, the more revenue the company generates, the more it can allocate to content production. It's a powerful flywheel that is keeping customers engaged and shareholders rewarded. Management is forecasting revenue of $7.4 billion in its next quarter, annualized it would be $29.6 billion. So far this year the company has spent 54.5% of revenue on content. If it maintains that pace next year, it could mean a hefty $16 billion spent to create shows and movies.

Netflix's spending on content is measured. The company is not recklessly spending on creating new content to fuel subscriber growth. In the nine months ended Sept. 30, Netflix has spent $12 billion on content. That's up from the $8.4 billion it spent during the same time last year, but that was during the more acute phases of the pandemic when production was more constrained. Certainly, it's a reasonable sum for a company that generated $22 billion in revenue in the nine months ended Sept. 30.

The skillful content budget allocation has allowed Netflix's operating profit margin to expand over the years, increasing from 4.6% in 2016 to 18.3% in 2020 and on pace to surpass 20% in fiscal 2021. That could mean Netflix will continue to sustainably grow subscribers for several years.