All eyes will be watching these ARK Invest holdings to see if they're working out as hoped.

After delivering enormous gains in 2020, the collection of exchange-traded funds or ETFs Cathie Wood manages for ARK Invest have underperformed this year. Is the internet's favorite stock market prognosticator losing her mojo?

It's probably a little too early to know if 2020 was a once-in-a-lifetime event for ARK Invest ETFs. Within a couple of weeks though, third-quarter earnings calls could provide a lot of much-needed visibility. Teladoc Health (TDOC 2.25%), Coinbase Global (COIN 0.49%), and Invitae (NVTA -3.91%) are reporting soon. Here's why investors don't want to miss upcoming earnings calls for these three growth stocks. 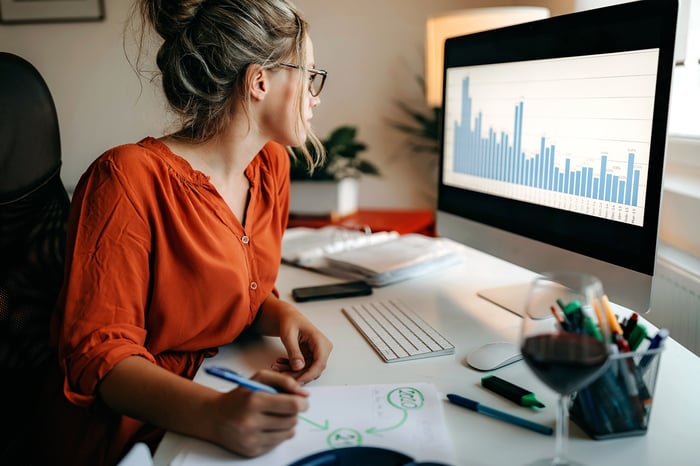 Since peaking this spring, shares of Teladoc Health have fallen by more than half. Seizing on what could be a bargain opportunity, ARK Invest funds have continued betting heavily on America's leading provider of telehealth services. Now, it's the largest holding in the ARK Genomic Revolution ETF and the second-largest holding in the flagship ARK Innovation ETF.

Teladoc Health stock has tanked this year because the last time it reported earnings, memberships grew just 1% year over year. While management predicted impressive revenue growth, investors should be more concerned with the company's share of an increasingly competitive market for telehealth services. We'll find out when the company reports third-quarter results on Wednesday afternoon, Oct. 27, 2021, after the market closes.

Investors want to keep their eyes on mental health and chronic care enrollment figures. In 2020, Teladoc Health acquired chronic care specialist Livongo for $18.5 billion and so far there isn't a lot to show for it. Chronic care enrollment in the second quarter stood at a paltry 715,000 members. Teladoc's mental health service, BetterHelp was a big performer in late 2020 and early 2021, but well-funded competitors are flooding the space.

In an increasingly competitive market for telehealth services, the incorporation of unique services like mental health and chronic care is vital to Teladoc Health's long-term strategy. If Teladoc Health can't report clearly increasing enrollment figures on these two fronts, the stock could tumble even further. 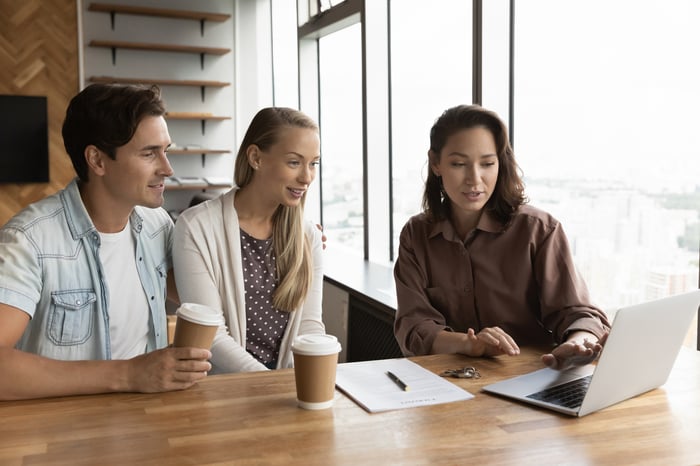 Wood's history with this stock isn't nearly as long, but that's because the cryptocurrency trading platform didn't go public until this April. Coinbase Global stock fell more than 30% in its first month, but second-quarter earnings that blew past expectations reignited investors' interest.

In August, Coinbase started raising eyebrows with a plan to offer shareholders exposure to cryptocurrencies themselves. The crypto exchange bought $500 million in cryptocurrency and earmarked 10% of future profits for adding to its enormous portfolio.

Of course, Coinbase Global's plan to buy heaps of cryptocurrency hinges on the company's ability to generate significant profits. At last glance, this doesn't seem like it's going to be a problem.

Coinbase boasts more than 68 million verified users who traded around $462 billion worth of cryptocurrency during the three months ended June 30, 2021. That was a whopping 1,550% more trading than the platform facilitated in the previous year period. With just $2.0 billion in topline revenue during the period, the company was able to report adjusted earnings before interest, taxes, depreciation, and amortization (EBITDA) that reached $1.2 billion. 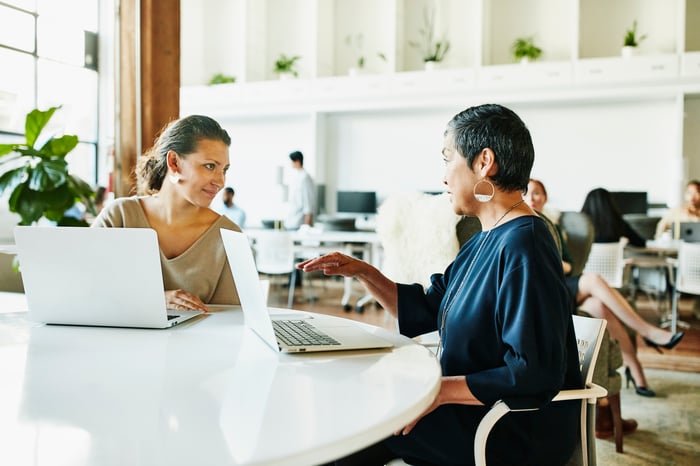 Wood has been plowing cash into Invitae since the genetic testing stock made its public debut more than five years ago. Invitae's down around 51% from a peak it reached in January but that hasn't stopped ARK Invest ETFs from buying the beaten-down stock with both hands. Now it's a top 20 holding in the ARK Genomic Revolution ETF and the ARK Innovation ETF.

Invitae stock has plunged this year due to heavy losses on its bottom line that forced the company to dilute the value of existing shares in a secondary share offering. The company finished June with more than $1.5 billion in cash, which could give management plenty of time to start making ends meet.

The acquisition of ArcherDX last October of 2020 boosted Invitae's ability to glean useful information from a cancer patient's blood sample. As a result, Invitae has been signing agreements with dozens of pharmaceutical companies that market precision cancer therapies.

Invitae hasn't set a date to release third-quarter results yet, but based on last year's timing we can expect an earnings call in the first week of November. Investors want to keep an eye on the bottom line to see if the acquisition of ArcherDX was worth the risk.

3 Growth Stocks That Haven't Been This Cheap in Years

Why Invitae Stock Is Crushing It Today
397%