October has been a great month for many cryptocurrencies.

While Bitcoin has seen volatile trading and is only up roughly 1% over the last seven-day period, many other cryptocurrencies have seen much bigger gains across the stretch. It's been an especially good week of trading for Ethereum (ETH 6.15%), as well as coins built on its blockchain and those with services built around the network.

The Ether token is up roughly 8% over the last seven days, and the rally appears to have lifted many other cryptocurrencies connected to its blockchain. The Enjin Coin (ENJ 5.65%), Fantom (FTM 9.12%), and Cosmos (ATOM 10.03%) tokens have climbed roughly 28.1%, 13.9%, and 10.6% across the stretch, respectively, according to data from S&P Global Market Intelligence. 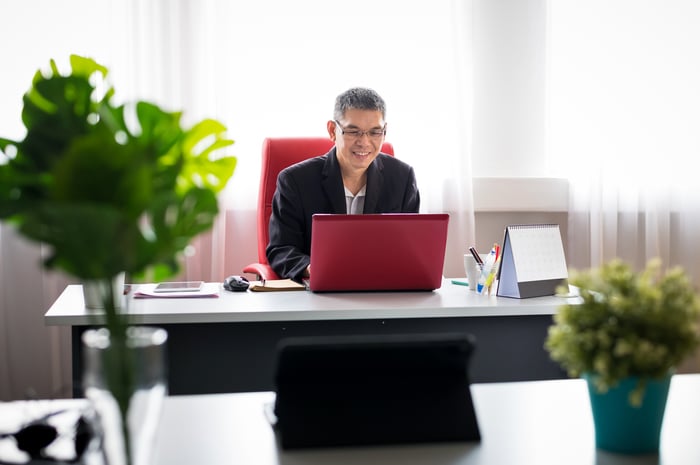 The Ethereum blockchain is attracting attention as a network for building decentralized applications, and surging adoption has recently pushed its Ether token to a record high. The rising interest in Ethereum and its token is also creating bullish momentum for other cryptocurrencies.

Enjin Coin is a token that supports a network for non-fungible tokens on the Ethereum blockchain. Meanwhile, Fantom has supplementary functionality with Ethereum and can be used for offloading processing and service requests, and Cosmos is built to bridge information and applications across separate blockchains.

The blockchain and cryptocurrency spaces remain relatively young, and valuations for related digital tokens have tended to be highly volatile. Rising adoption for Ethereum is a bullish sign and could help create pricing momentum for Enjin Coin, Fantom, and Cosmos. However, investors should approach these tokens with the understanding that they'll be taking on sizable risk in pursuit of potentially explosive gains. For better or worse, prices could swing dramatically in the near term.

This Soaring Crypto Just Became an Even Better Buy

Will This Cryptocurrency Be the STEPN of 2023?