The company won in a California opioid-related lawsuit.

Shares of Teva Pharmaceutical Industries (TEVA -1.16%) were jumping 7.1% as of 11:10 a.m. EDT on Tuesday. The solid gain came following a California court ruling yesterday in favor of Teva and three other drugmakers in opioid-related litigation filed by Orange, Los Angeles, and Santa Clara counties, and the City of Oakland.

The three California counties and Oakland had alleged that Teva, AbbVie (ABBV -0.43%), Endo International (ENDP -2.56%), and Johnson & Johnson (JNJ -3.70%) caused a public nuisance and made false or misleading statements related to marketing opioid drugs in California. But Superior Court Judge Peter Wilson ruled that the companies weren't liable in the case. 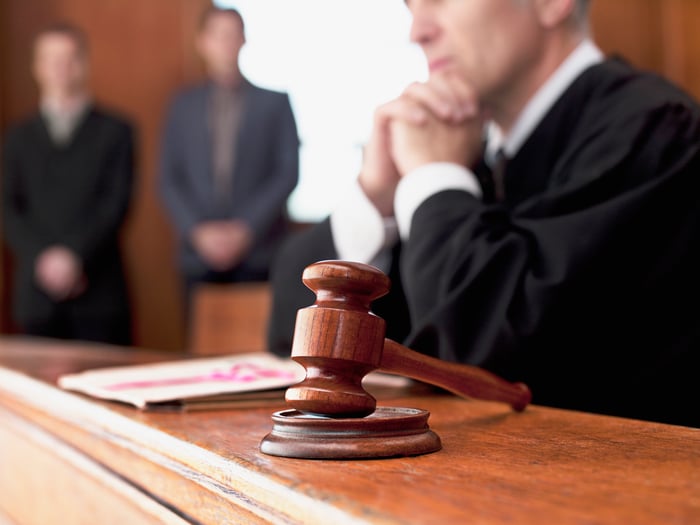 Wilson didn't actually find that the companies didn't make any false or misleading statements with their marketing of opioids. However, he determined that the plaintiffs couldn't hold the drugmakers liable for "any downstream consequences flowing from medically appropriate prescriptions."

This decision helps Teva and the other companies avoid paying $50 billion to the plaintiffs. It was also the first win for any drugmaker embroiled in opioid litigation out of more than 3,300 cases in the U.S.

Unsurprisingly, Teva and Endo enjoyed the biggest gains among the impacted pharmaceutical stocks. Both companies have more at stake with opioid litigation than AbbVie and J&J do.

Teva said in a public statement that it was pleased with the court ruling. But the company added that it "continues to pursue a national settlement framework." Until that goal is achieved, opioid litigation will likely remain a dark cloud hovering above the drugmaker.