ARK Invest has become a fund company to watch if you're a growth stock investor, and CEO, chief investment officer, and founder Cathie Wood is a big reason. She helped deliver market-thumping returns to her exchange-traded funds (ETFs) last year. This year has been challenging. She's getting back on track, but there are still a few stocks that aren't joining the general market in celebrating new highs.

Meta Platforms (META -3.08%), Roku (ROKU -3.64%), and Robinhood Markets (HOOD -2.31%) are trading 13%, 41%, and 56% below their earlier highs, respectively. ARK Invest added to all three positions on Thursday. Let's see why Wood believes it's a good time to buy these three stocks that all took big hits the day after reporting financial results this earnings season. 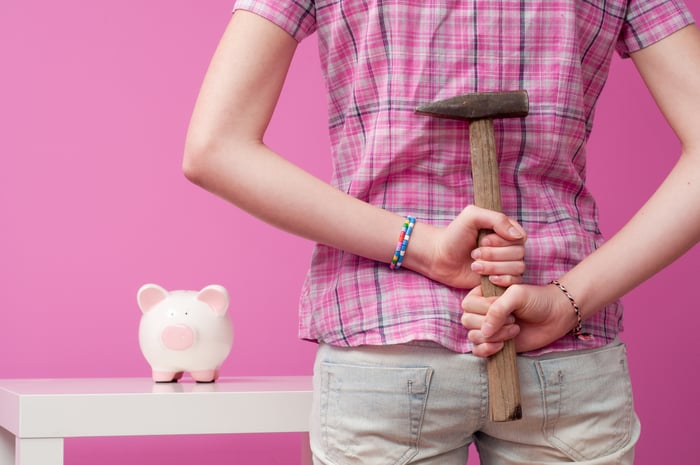 Until last week, it seemed as if ARK Invest was (like many youngsters out there) losing interest in Facebook. Wood was unloading her stake since late February, selling shares 14 times across her two ETFs that own the leading social networking hub.

But the stock has been inching higher since the initial post-earnings swoon. Wood is a buyer, not a seller, of the company now. She added to her position twice last week, and made a third Meta Platforms purchase on Thursday of this week.

Shares of Roku tumbled 8% on Thursday after a rough quarterly report. Wood was there, buying the dip. The video streaming platform is going through some growing pains right now. Viewing hours have slowed now that folks are spending more time away from home. It could possibly lose YouTube from its hub for new accounts next month. User growth has also decelerated. There are some near-term challenges on the hardware end as supply chain constraints and rising input costs weigh on its dongle sales and margins.

The good news is that Roku's monetization has never been better. Ad revenue per user continues to move higher. Roku stock is also now trading lower in 2021 despite growing its audience and fortifying its proprietary offerings. ARK Invest bought shares on Thursday with the stock at a five-month low. Even the best growth investors know that sometimes you have to think like a contrarian.

The ugliest of the three financial updates came from Robinhood Markets. The online options, crypto, and stock trading platform clocked in last week with 35% year-over-year growth in revenue. Analysts were holding out for a 60% top-line surge. Guidance was even worse.

Robinhood ended the quarter with fewer funded trading accounts than it had on its platform three months ago. Sequential declines are never a good look. With losses widening and trading volume slipping, Robinhood has gone from disruptor to disrupted. Wood is still a believer. She has added to her position in each of the first four trading days of this week and has been a buyer in eight of the last nine trading days.

Robinhood has a lot to prove, but with the stock now trading below its IPO price of $38, it's like getting in on a ground-floor opportunity from the basement.