Turns out, it was just a warmup to an even better November.

Shares of Arista Networks (ANET 3.89%) rose 19.2% in October, according to data from S&P Global Market Intelligence.

The company didn't report earnings until November, which proved to be another catalyst. Instead, Arista rose in October on higher sentiment for the tech sector after inflation fears dogged technology stocks in September. 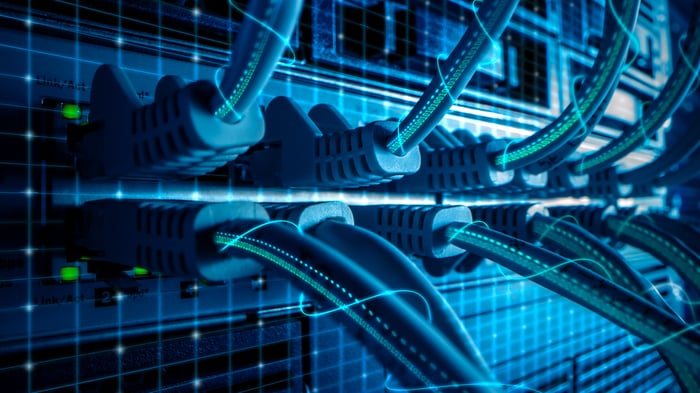 In October, two key customers, Microsoft (MSFT 4.19%) and Facebook (META 3.02%) reported strong results, which was likely to boost Arista's numbers as well. In 2019, those two companies combined for 40% of Arista's revenue, while in 2020, Facebook decelerated its purchases and accounted for less than 10% of sales. However, Microsoft remained a big spender, accounting for 21.5% of Arista's sales in 2020.

During October, however, Facebook reported earnings, and forecast heavy investments going forward as it builds out AR/VR applications for the metaverse. The company guided to 2022 capital expenditures increasing more than 50% over 2021 levels as it builds out its data centers for AI and machine learning -- data centers that will likely be filled with many Arista switches.

Arista has already surged another 30% in November on the back of strong third-quarter earnings. Revenue rose 23.7% to $748.7 million, and adjusted (non-GAAP) earnings per share came in at $2.96, up 22.3%. Both figures handily beat analyst expectations, and fourth-quarter guidance also exceeded expectations as well. The company also authorized a $1 billion share repurchase program, boosting sentiment further.

As cloud computing takes off in the 2020s, Arista should benefit... though the stock may take a breather at some point after its rapid two-month surge.

Why Meta Platforms' Pain Was Arista Networks' Gain on Thursday
409%