Facebook is changing its name to Meta Platforms to reflect the company's long-term ambitions. CEO Mark Zuckerberg wants to help build a metaverse in which a host of cutting-edge technologies -- such as virtual and augmented reality -- converge to create an immersive experience that blends the digital and physical worlds. 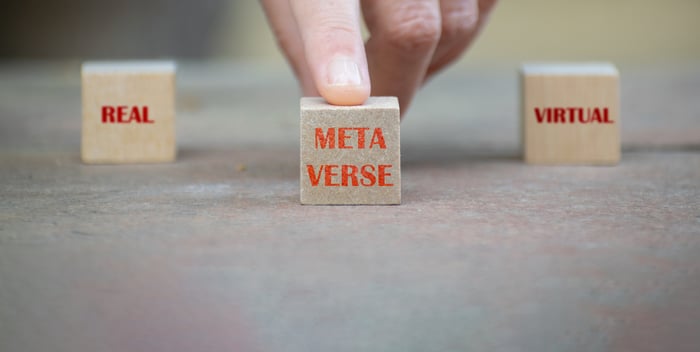 Zuckerberg sees the metaverse as the "next chapter for the internet." He believes it will transform the way we connect, work, and play -- and reshape multiple industries in the process. To help bring about this grand vision, Facebook intends to invest roughly $10 billion in its metaverse-building initiatives in 2021 alone.

With its stock price up more than 4% since its name change announcement, investors are signaling their approval of Facebook's new plans. Several analysts have also expressed a bullish view of the tech titan's metaverse-focused future.

Global Equities Research analyst Trip Chowdhry, for one, reiterated his buy rating on Facebook's stock and boosted his share price target to $500 following the company's announcements. He thinks Facebook's metaverse project will be a game-changer, similar in some ways to when Apple debuted the iPhone.

If Chowdhry is correct and Facebook's shares approach his new price target, investors could be in store for gains of more than 50% from the stock's current price near $330.