Electric vehicle (EV) stocks have sizzled in recent weeks, with some showing no signs of slowing down. Case in point: Nio (NYSE:NIO), which jumped 10.6% in the month of October, according to data provided by S&P Global Market Intelligence, and is already up another 10% so far in November, as of this writing.

To be fair, October was quite a roller coaster ride for Nio, but some days were so big, the stock eventually ended the month on a high note.

Momentum started to build early in the month after Goldman Sachs put up a price target of $56 a share on Nio stock, nearly 66% higher than the price it was then trading at. Among other things, Goldman Sachs believes Nio's upcoming luxury sedan, the ET7, scheduled for deliveries early next year, holds a lot of promise as the most expensive model to be launched by a local manufacturer in China. 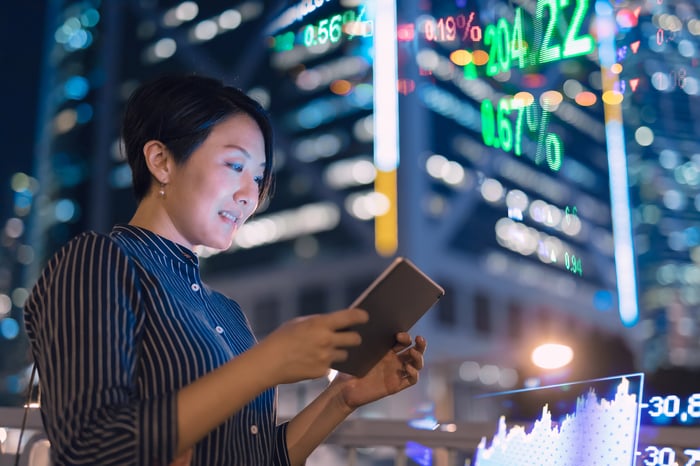 Investors were in for a rude shock earlier this month, though, when the company reported significantly lower deliveries for October even as rivals raced ahead. Yet that couldn't deter investor enthusiasm as Nio said the decline in deliveries was because the company was upgrading its factories. In other words, it is setting itself up to launch the ET7 and other vehicles such as the ES8 SUV in Norway next year, and that's given investors a lot to look forward to, especially as more and more analysts are turning bullish on the company.

Bernstein, for example, recently gave Nio a price target of $45, citing strong EV market growth in China, while Deutsche Bank values the stock as high as $70.

The biggest reason Nio shares are sustaining momentum is that the company is set to release its third-quarter numbers on Nov. 9. In its second quarter, management projected deliveries between 23,000 and 25,000 vehicles in the quarter and revenue of $1.38 billion to $1.5 billion, representing nearly 97% to 113% growth year over year. Keep those numbers in mind tomorrow.