Investors see bright days ahead for the electric-vehicle stock as its earnings day approaches.

After a muted start to the week, electric-vehicle (EV) stock Nio (NIO -2.50%) popped 4% Tuesday morning as investors tried to look beyond the dismal headlines that hit the stock momentarily on Monday and weighed in on the long-term prospects of the popular EV manufacturer.

Investors in Nio were taken by surprise Monday when the China-based EV manufacturer reported a sharp decline in its delivery numbers for October even as arch rivals continued to race ahead.

Nio blamed "restructuring and upgrades of manufacturing lines and the preparation of new products introduction from September 28 to October 15, as well as certain supply chain volatilities" for the drop in sales. 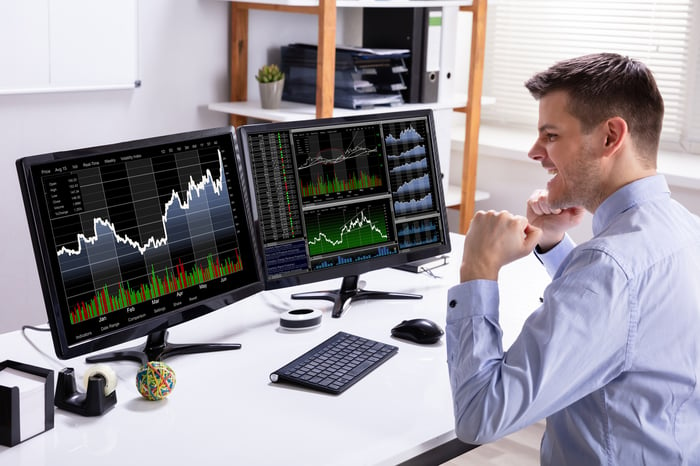 Here's what's happening today: Investors are looking past one dull month, considering it an outlier and not a true reflection of Nio's prospects. While the drop in its deliveries was disappointing, the reason behind the drop was not that concerning. In fact, Nio's upgrade of its manufacturing facilities last month confirms the company is on track to launch its luxury sedan, ET7, next year. Nio's SUV ES8 will also be available -- in Norway -- by March 2022.

To be fair, it appears rivals are navigating the ongoing global semiconductor chip-shortage constraints better than Nio. Investors will want to stay updated about how well Nio is handling the chip shortage when Nio releases its third-quarter earnings on Nov. 9 after market close. Nio is expected to report strong numbers, with analysts projecting lower losses on more than twofold growth in revenue.

Nio, though, last projected its Q3 sales to be up between 88.4% and 104.8% and revenue to grow between 96.9% and 112.8% year over year. Keep those numbers in mind and mark your calendars as Nov. 9 will be a crucial day for investors betting on what I believe could be one of the hottest EV stocks to own for the next decade.