October deliveries were less than impressive, but investors are looking at the reason behind it.

Shares of Chinese electric vehicle maker Nio (NIO -6.44%) opened Monday's trading session more than 3% below Friday's closing price after the company released its October vehicle delivery data. But investors looked beyond the disappointing numbers and reversed course on the stock, sending shares about 2% higher as of 11:20 a.m. EDT.

Investors have shown high hopes for Nio, giving the company a market cap of more than $65 billion even though it has yet to report a profit. The enthusiasm is based on its growth and future prospects. 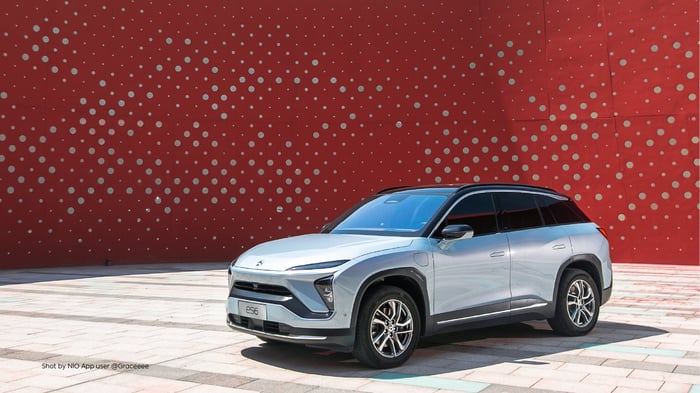 In the first nine months of 2021, Nio has delivered 150% more vehicles than it did in the prior-year period. So it's understandable that investors initially reacted negatively when the company said its October monthly deliveries plunged 27.5% year over year and 65% sequentially from Sept. 2021. But the numbers didn't tell the whole story for the company.

Like many global automakers, Nio has been affected by supply chain constraints, and the company said that issue affected October production. The other reason the company delivered only 3,667 vehicles in the month was "the restructuring and upgrades of manufacturing lines and the preparation of new products introduction," Nio said in a statement.

That work lasted through Oct. 15, according to the company, and it is helping to set Nio up for the launch of its first luxury sedan, which is scheduled to be available early in 2022. Nio has also said it plans to add two other new products in 2022. To continue to support demand, the company, along with its manufacturing partner, is expanding production capacity. It plans to be able to produce at least 240,000 vehicles annually once current expansion work is complete.

Investors appear able to give the company a pass on October's numbers, given that they are partly the result of work for future growth. That pass will likely last only until the company reports its November deliveries, however, or until it makes its next financial update, due next Tuesday, Nov. 9.