With the infrastructure bill, Uber, General Motors, and earnings, there's plenty of news firing up the EV charging stock.

The EV charging stock has become unstoppable. Just between yesterday and today, it's up nearly 70% as of this writing. Two deals right when President Joe Biden's $1.2 trillion infrastructure bill is about to be signed into law are sending investors in EVgo into a tizzy. 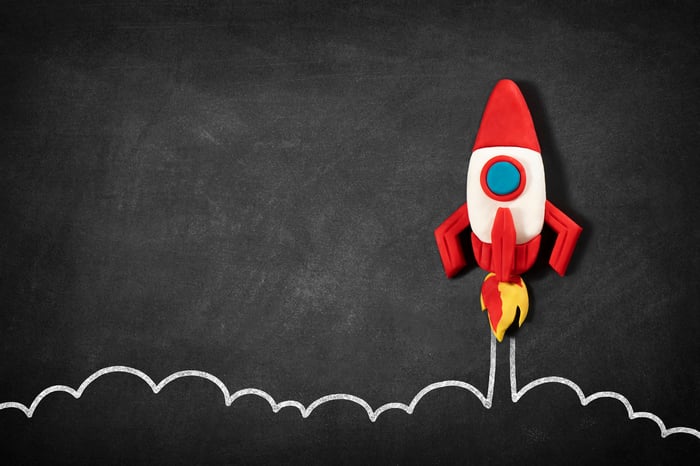 In July 2020, EVgo and General Motors first collaborated to build 2,750 EV charging stalls through 2025. Today, they agreed to build another 500 stalls and expand their presence to 52 metropolitan markets as demand for EVs continues to pick up.

General Motors is making big bets on EVs, with $35 billion in spending for 30 EV launches by 2025. They will be powered by Ultium Charge 360, an expansive charging program that integrates GM's vehicle mobile apps with a charging network and other EV-related products and services. GM linked up with seven charging providers at the launch of the program, including EVgo.

In the other deal, EVgo expanded its partnership with Uber with new incentives that'll offer Uber drivers access to discounted EVgo accounts and pricing, with potential to save up to 30% on charging costs. EVgo launched a discount program for rideshare drivers on Uber's platform in late 2020. Uber aims to become a zero-emission mobility platform in London by 2025, in North America and Europe in 2030, and globally by 2040.

The point to note here is that both of these deals are simply extensions of existing agreements and don't really warrant the huge jump in EVgo stock today.

That tells me the real reason EVgo shares have risen so much in just two days is the passing of the long-awaited infrastructure bill. The $1.2 trillion bill that was passed on Nov. 5 includes $7.5 billion for building a network of 500,000 EV chargers across the U.S. The bill also places great emphasis on renewable energy, which could bode well for EVgo given that it powers its chargers on clean energy.

There's another big reason investors are bidding EVgo shares higher today: The company will release its third-quarter earnings tomorrow morning. Last quarter, it reported 16% growth in revenue year over year and the installation of 1,548 charger stalls through June 30. With consensus estimate calling for $5.4 million in sales in the third quarter, or just about 12.5% growth sequentially, the stock could likely give up some gains after its torrid run-up if EVgo's numbers disappoint.

Why EVgo Stock Continues to Sink
409%