This Uranium Play is up over 400% in the past year but will it continue?

Energy Fuels Inc. (UUUU 1.86%) is a uranium and rare earth miner based in Colorado, with a registered office in Ontario, Canada.  After some slow years following the Fukushima nuclear disaster back in 2011, the price and demand for Uranium has finally returned to previous levels. The surge has been enough to boost Energy Fuel's stock to record levels, returning 107% so far in 2021 and 427% over the past 52-weeks.

The company was founded in 1970 and then incorporated under its current name in 2006. Since then it has produced more than 16 million pounds of Uranium. The company has been struggling with Uranium prices recently and because of this is changing its focus in a major way. But what can investors expect going forward? 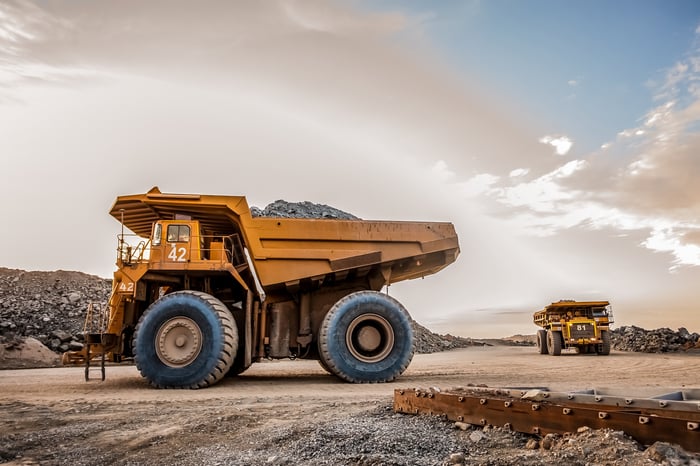 Energy and mining companies have one major drawback -- their valuations are inherently tied to the price of their resources. Energy Fuels hasn't been profitable since 2012, and with uranium prices once again on the decline in October, it may be a while until the company returns to profitability.

Industry experts believe that with Uranium, the breakeven price is in the region of $67 per pound on average in North America. While the price hit over $50 back in September, it has been up and down since then and has yet to return to that level. Without a rise in demand, Energy Fuels and other uranium-based companies are simply out of luck until the price stabilizes at a favorable level. This means that it is more profitable for would-be domestic producers to buy Uranium on the spot market and use it to fulfill their contracts . It is perhaps for this reason Energy Fuels has sold its non-core Uranium projects

Energy Fuels does have a new segment that it introduced earlier this year that could have some major momentum moving forward. The company established a rare earth elements branch that started to utilize its existing sites to extract, you guessed it, rare earth minerals.

Rare earth elements are in high demand and used in everything from electric vehicles to smartphones to laptop computers. Several rare earth minerals are used in the production of stronger batteries. Given that the number one global supplier of these minerals is China, Energy Fuels provides an American resource amid the ongoing geopolitical tensions between the two countries . Long-term energy and supply chain independence goals along with the risk of tariffs could make Energy Fuels one of the most important companies in North America if secular trends like clean energy adoption persist.

Because of the lackluster Uranium prices and its new rare element directive, Energy Fuels is now using carbon monazite which is one of the best sources of rare earth element (REE) carbonate. Interestingly, Uranium is also recoverable from the monazite using solvent extraction. The rare elements present in the REE carbonate have a wide array of use cases in the renewable energy  industry and with electric devices -- which creates a big opportunity for Energy Fuels when you consider the push by leading nations to adopt cleaner energy solutions.

The next step for Energy Fuels is to continue to build up its U.S. to European Union value stream for rare earth elements, as well as building out its U.S. supply chain by 2024 . In the recent earnings call, the company communicated that they were still building up stockpiles for many of the key elements for this transition, and that price trends were in their favor, which bodes well for their targets. 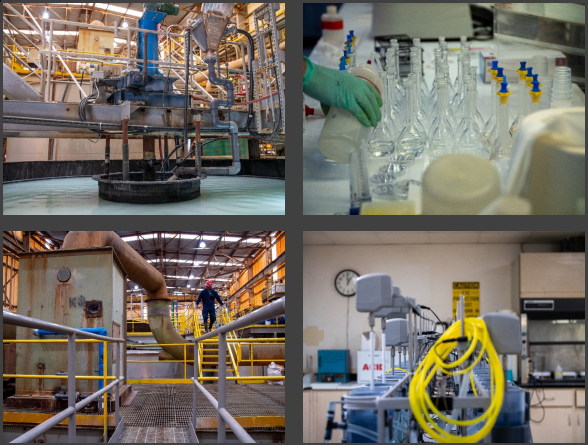 Energy Fuels also harvests other minerals like vanadium and thorium, which provide medical isotopes that can be utilized in cancer treatment therapies. The thorium opportunity is quite interesting as the company believes it may be able to help them supplement their lack of uranium production while prices are below the breakeven mark . Energy Fuels does rely on solvent extraction, which has a reputation of being inefficient, but they have a long track record with this method, and the leadership team is confident that they can perform well.

Stepping away from uranium

Based on their recent earnings call, Energy Fuels seems to be pivoting away from the volatile uranium market and establishing itself as a true player in the rare earth elements industry. The latter could be a much more lucrative endeavor, particularly as the demand for stronger battery technology continues to rise. In their recent earnings call, they highlighted the fact that vanadium prices are skyrocketing and that the company's stockpiles are becoming more and more valuable due to the move.

As supply chain issues resolve and secular trends like the growing popularity and adoption of electric vehicles persist, I expect the demand for rare earth elements to continue, pushing prices upwards. Energy Fuels looks to be navigating a crossroads with respect to the company's vision, and all signs point to a very different but much more relevant company on the other side of this transition.

The risks are definitely there for Energy Fuels Inc. They mine and stockpile rare elements and have likely benefited from tariffs as it softens competition from China. The strong vaccination efforts have also unleashed pent-up demand much sooner than anticipated, and the company is in a great place right now. The main arguments for a long position are the opportunities in medicine and electric vehicles. These are both legitimate solid opportunities, but a price-to-book (P/B) ratio approaching 6 for a mining company is pricing in too much good news. The starting point isn't great for a long-term hold despite Energy Fuels Inc.'s status as an outstanding company with great leadership. Investors should keep this one on watch for pullbacks, but for now, there are better places to put your money.

Why Is Everyone Talking About Energy Fuels Stock?
410%