The mining company whiffed on its third-quarter earnings -- but sales surged thanks to its new rare earths business.

Its quarterly results appear to be the reason. 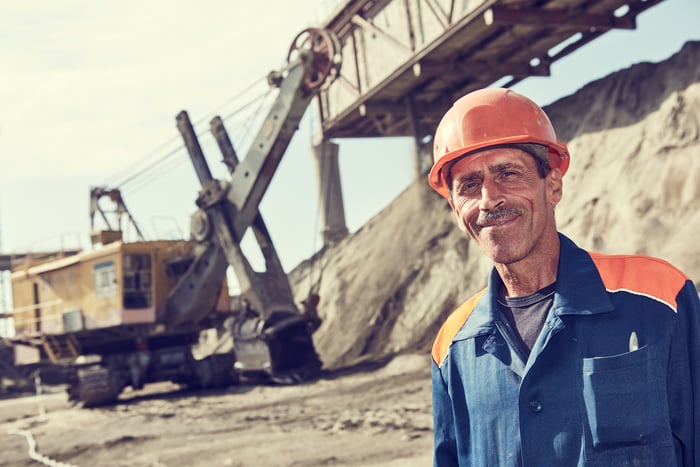 Ahead of its third-quarter report, analysts had forecast that Energy Fuels would report a $0.02 per share loss on sales of just $700,000. As it turned out, though, Energy Fuels beat expectations on the top line with sales of $715,000, helped by both the rising price of mined uranium and also the company's recent foray into mining rare earth metals, which accounted for more than one-third of its revenues in the quarter.

On the bottom line, things didn't work out quite so well, with Energy Fuels booking a $0.05 per share loss.

Management noted that "costs incurred in ramping up our mixed rare earth element ("REE") carbonate ("RE Carbonate") production at the White Mesa Mill in Utah" contributed to the larger-than-expected loss, even as rare earth sales plumped out the top line. Without the contribution from this relatively new business, the company's revenues actually would have declined year over year despite the rising price of uranium.

Thus, it's debatable whether Energy Fuels' foray into rare earths is a good thing or a bad thing for the company. Management seems convinced this is the right direction to go, however, and says it "is in the process of ramping up to expected commercial-scale production of [rare earths] Carbonate in Q1-2021, and began deliveries of this intermediate REE product to a separation facility in Europe in July 2021."

The company gave no specific guidance as to what it expects to book in sales or earnings. But if you're wondering where Energy Fuels is headed, the answer seems to be toward more rare earths mining.

Why Is Everyone Talking About Energy Fuels Stock?
413%