Competition is heating up for the electric car maker.

Electric vehicle (EV) stock Nio (NIO 4.44%) slid at the start of the week, dropping 5.4% as of 1:10 p.m. EST on Monday. A rival's car winning top accolades right ahead of its much-awaited earnings release -- even as Nio failed to impress investors with its third-quarter numbers -- is spooking investors.

Nio grabbed the interest of EV enthusiasts after it was touted to be a second Tesla in the making. To be sure, Nio is still considered the Tesla of China, but investors now feel it may have to up its game to make a mark in the U.S. now that Lucid Group (LCID 43.00%) has entered the space. 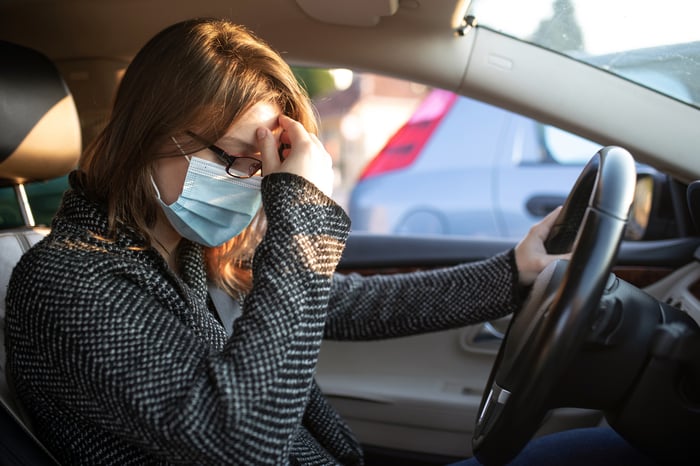 Lucid's first car, the Air sedan, has just won the 2022 MotorTrend Car of the Year award. Air's powerful electric powertrain, which won its Dream Edition a range rating of 520 miles from the U.S. Environmental Protection Agency, was just one of the reasons why the car won the popular automotive magazine's annual award.

Lucid Air has won rave reviews since the company started delivering the Dream Edition on Oct. 30, and with expectations from Lucid running high ahead of the company's quarterly numbers set for release today, after market close, investors in Nio are getting a bit nervous. Nio, after all, reported a drop in vehicle margin and a wider-than-expected loss for its third quarter last week.

Nio has three products lined up for launch, including ET7, its first electric sedan. Lucid Air's competitive pricing and rising popularity could pose a challenge for Nio's upcoming sedan.

Yet, ET7 is touted to be the most expensive electric sedan to be launched in China yet, and Nio already has a solid foothold in the the world's largest EV market. Just this morning, China Daily reported a whopping 141% surge in sale of new energy vehicles (NEV) in China for the month of October, citing data from the China Passenger Car Association. NEVs accounted for a stunning 20% of the total vehicle sales in October.

To top that, Nio also has aggressive plans for Europe next year and expects overall deliveries to bounce back in the fourth quarter after a slow Q3, when supply chain constraints and factory expansion throttled production. These growth moves, with China's massive market potetnial, could help Nio shares regain their mojo.