The departure of the company's CEO is causing some angst among shareholders.

Shares of data analytics firm Splunk (SPLK -0.47%) sank 17% today as of 12:15 p.m. EST. Solid third-quarter earnings for the company's fiscal 2022 (the three months ended Oct. 31) were overshadowed by the announcement that CEO Doug Merritt was stepping down effective immediately.

Merritt served as CEO for six years and oversaw fantastic growth at Splunk, as well as kicked off the company's migration to cloud-based software services. But at this juncture, the company appears to be looking for leadership with more experience helming a large organization. Graham Smith, who has served as Splunk's chairman of the board since 2019 and was Salesforce.com's (CRM -0.96%) CFO until 2014, will be the interim CEO. 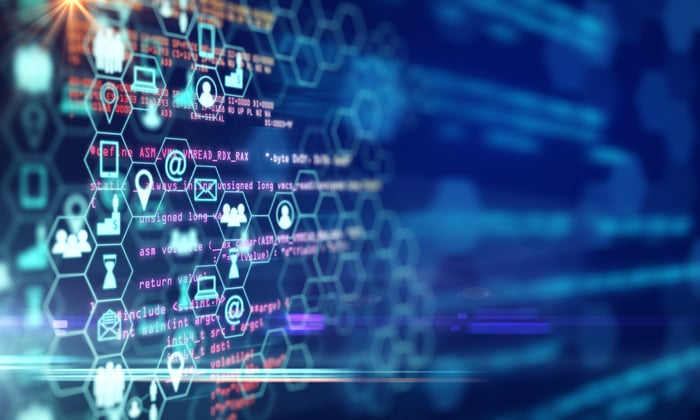 Splunk stock's plunge on the news of Merritt's departure looks like a knee-jerk reaction. Splunk has a tenured leadership team in place. And Smith's experience at cloud-native software giant Salesforce could be the right fit for the next chapter in Splunk's story.

As for the financials, things continue heading in the right direction. Preliminary Q3 earnings showed annual recurring revenue (ARR, which combines legacy and newer cloud software subscription sales on an annualized basis) increased 37% year over year to approximately $2.825 billion. Of the ARR total, cloud represented about 39% of sales. Total revenue for just Q3 was about $660 million, up 19% from a year ago. Adjusted operating margin is expected to be negative 14%, far better than the negative 15% to negative 20% management said to expect a few months ago.

Splunk will announce its official Q3 numbers on Dec. 1. Besides revealing its exact financial figures for the last quarter, expect to hear further updates on the company's continued transition to cloud software, improving profitability, and share repurchases (which were announced after private equity firm Silver Lake invested $1 billion in Splunk this past summer).

Splunk stock has had a tumultuous run the last couple of years as it has tried to manage its update to a cloud-first outfit. The company continues to grow and could be a long-term value at this juncture, but there are other data analytics firms out there that are cloud-native and growing even faster. Right this moment, it's hard to get too excited about Splunk's immediate-term outlook.